Meghan Markle And Prince Harry Paid For Frogmore But What About Outrageous Cost Of Sussex’s Africa Trip? 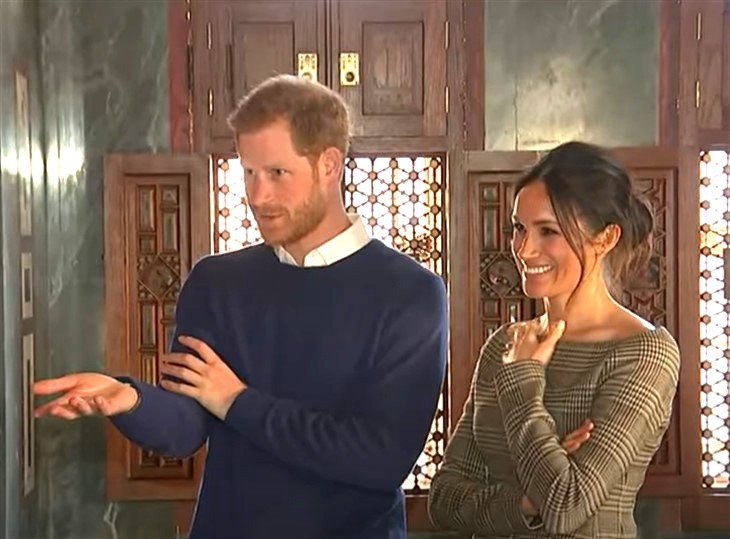 As a wedding gift, Queen Elizabeth gave Prince Harry and Meghan Markle Frogmore Cottage in Windsor. The Queen’s gift of real estate was something that apparently neither Meghan Markle nor Prince Harry was entirely grateful for. The Duke and Duchess of Sussex promptly decided that the property needed to be renovated to the tune of £2.4million, which came out of the British taxpayer’s pockets.

To make matters even more annoying to those watching the actions of Prince Harry and Meghan Markle, the couple didn’t even live in the house for long before they embarked on the debacle that has come to be known as “Megxit.” In other words, Meghan and Prince Harry lived at Frogmore Cottage briefly and then left the UK ostensibly for good.

Following the immense, multi-million deal that Prince Harry and Meghan Markle signed with the American media giant, Netflix, they repaid their debt on Frogmore Cottage in full. The repayment on the property still didn’t quiet Harry and Meghan Markle’s critics, with British Commentator, Piers Morgan Tweeting out, “Great news that Harry & Meghan have repaid the Frogmore Cottage costs out of their Netflix millions & will also no longer be taking Charles’s cash. Now, if they just give up their very commercially beneficial royal Duke & Duchess titles, they can do & say whatever they like…”

One might have thought that the entire Frogmore ordeal would have been enough of a financial scandal for Prince Harry and Meghan Markle. However, it has come to light that Meghan Markle and Prince Harry also spent at least £246,000 of the taxpayer funds on their private travel to Africa.

Many British citizens are now shocked and outraged over Harry and Meghan’s expenditure and have begun saying so throughout social media. For instance, one social media user hit at the Sussexes, saying, “It’s very easy to spend, spend, spend when its not your own money…..”

Yet another wrote, “And those grifters dare to complain that they were treated unfairly by the Firm. What a pair.”

According to reports, Meghan Markle and Prince Harry took a 10-day trip to Africa wherein they spent more than £246,000. During that Trip, Harry, Meghan, and baby Archie went to South Africa. Apparently, Prince Harry also traveled to Botswana, Malawi, and Angola during the same overall trip. Sources report that the journey by Prince Harry and Meghan was the most expensive trip made by any royal family member during all of 2019.

Not President Markle – But Maybe Meghan Plans To Run For Congress!https://t.co/7JvaF08Ho7

Buckingham Palace spoke out on behalf of Prince Harry and Meghan with a representative noting that, “The Duke and Duchess of Sussex undertook over 20 engagements, bringing attention to a number of worthwhile causes, in particular, raising awareness of the work and the legacy of the Halo Trust.

So, the visit, as an official visit funded by the Government, fulfilled the objectives that were set out for it and so therefore there would be no requirement or obligation on the Duke and Duchess of Sussex to make any payments in relation to that official visit.”

Despite the Firm’s attempt to stand up for Prince Harry and Meghan, disgust by members of the British public continued to pour forth on the Internet.

“H&M knew then that there was going to be the ‘Megxit’ so they should be made to pay it back.” One person wrote.

Another commented that “The elite are so hypocritical and it never stops. The more we find out the worse it gets. It’s disgraceful!”