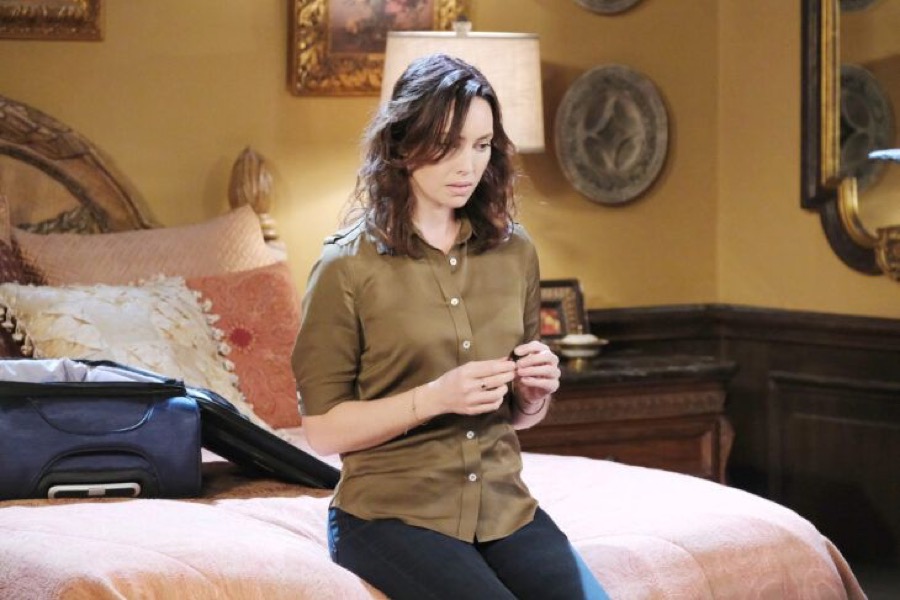 NBC Days of our Lives spoilers tease that fans have been working themselves into knots trying to figure out exactly why Gwen Rizczech (Emily O’Brien) hates Abigail DiMera (Marci Miller) so much. She hates her enough to want to, “melt her brain.”

What in the world did Abigail ever do to her? Maybe nothing—after all they had not met until recently. What if Abigail is collateral damage to Gwen’s real target? Could it be that Jack Deveraux (Matthew Ashford) is the one that Gwen hates with a passion the most?

Days Of Our Lives spoilers – Did One Of Abigail DiMera’s Alters harm Gwen Rizczech?

Gwen tried to drug Abigail recently and she has been shown to have done so in the past. Her level of hatred is immense as evidenced by her statement to Dr. Rolf (William Utay) that she wanted to liquefy Abi’s brain. And yet Abi seems to have no recognition of Gwen which means that one of her alters may have encountered Gwen. Even so, wouldn’t Gwen realize that it wasn’t Abi herself, per se, that harmed her if indeed they crossed paths?

DOOL Spoilers – Did Something Happen Between The Women During The Soap’s Time Jump?

Another explanation for Gwen’s wrath might be that something happened offscreen, during the Lost Year. DOOL flashed forward a whole year in time, so maybe it will be explained that something occurred during that year which we are not yet privy to.

Days Of Our Lives Spoilers – Could Abigail DiMera And Gwen Rizczech Be Half-Sisters?

But the best explanation for Gwen’s hatred of Abi may have to do with her DNA. For some reason, the show has had Gwen interact with Jack and Jennifer Devereaux (Melissa Reeves). And each time Jack squints at her as if trying to place her.

Jack has been gone from town, presumed dead, and had amnesia more times than he counts! It’s a safe bet to assume that at some point during one of his absences that he could have fathered a child he knows nothing about.

Gwen could very well be that child, and if so she could have a major chip on her shoulder. If she is Jack’s kid, chances are she didn’t have the charmed life that Abigail did in good old Salem. If that’s the case it would explain Gwen’s vengefulness even though it certainly doesn’t excuse it.