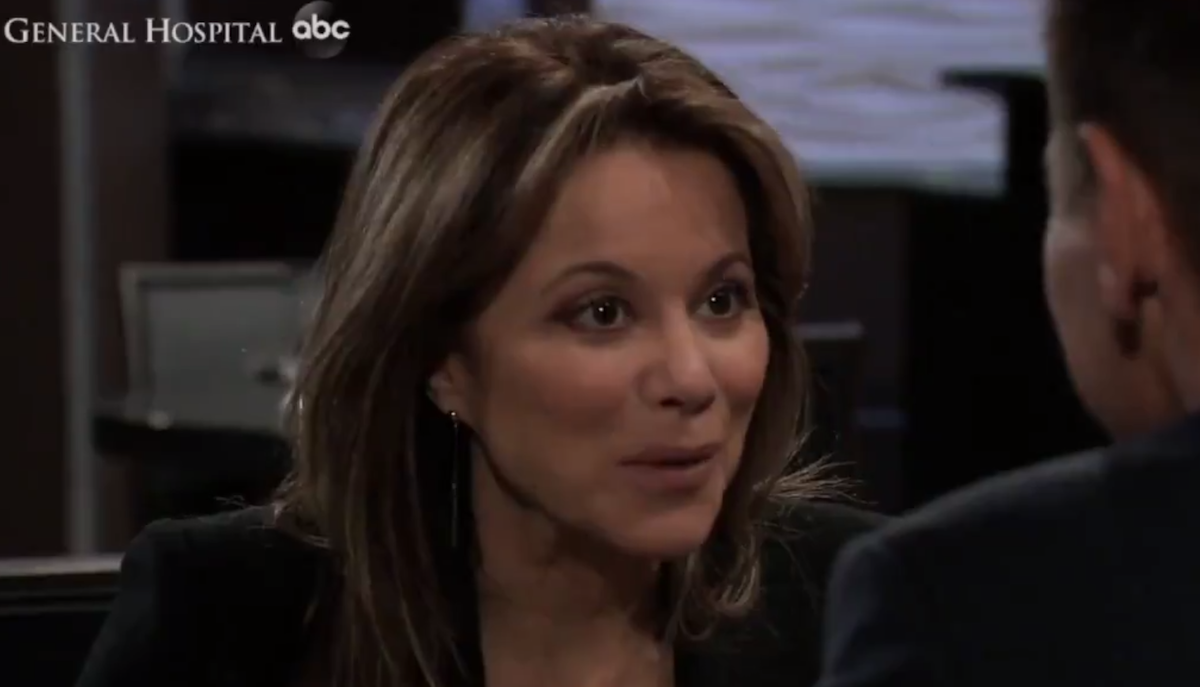 General Hospital spoilers tease that Alexis Davis (Nancy Lee Grahn) and Neil Byrne (Joe Flanigan) will run into each other and after having a catch-up conversation, she will offer, as his friend, to represent him to the medical board in an upcoming episode of GH!

GH Spoilers: Neil Byrne Is In Danger Of Losing His Medical License For Getting Too Involved With His Patient – Alexis Davis!

General Hospital viewers will recall in a recent episode that Neil updated Alexis that he had been notified he was in danger of losing his medical license because he had become too involved with a patient – Alexis! Alexis had gone through losing her law license and having to get it reinstated a couple of years ago, only hers was because of alcoholism. She told him about her experience and wanting to help in any way she could! Now he has updated her that the board wants her to testify – but it could be that they want her to testify against him, not for him, and she won’t do that!

General Hospital Spoilers: One Way She Can Not Have To Testify Against Him Is By Representing Him

There is one way that she can avoid having to testify against Neil, if that is what the board wants – and that is by representing him to the medical board! It sounds like the only way that the medical board knew that they were seeing each other outside his office was because someone who didn’t like him – possibly a former Dawnie – had seen them together and made a complaint! After all, he was deeply involved in helping Alexis’ daughter Kristina Corinthos-Davis (Lexie Ainsworth) break free from Dawn of Day! It was Neil who helped deprogram Kristina! This is how he and Alexis got to know each other, although she did see him as a client for a short time after Kevin Collins (Jon Lindstrom) had stopped counseling her and referred her to Neil, only at the time it was really his evil twin Ryan Chamberlain, (Jon Lindstrom) who had taken over his brother’s life and his clients! If she represents him to the medical board as his attorney, anything personal between the two can be hidden behind attorney-client privilege and their being seen together could be explained as working lunches, etc – although that night of drag queen bingo could be a little difficult to explain should it come up!

Will Neil Byrne Take Her Up On Her Offer?

The question is, will Neil take her up on her offer to represent him? He may take concern that she could lose her law license again for similar reasons, of conflict of interest. However, her partner, Diane Miller (Carolyn Hennesy) may be too busy to take his case, and besides, her association with Sonny Corinthos (Maurice Benard) and Jason Morgan (Steve Burton) may make things only worse for him! Alexis will make a case to him that not only does she feel like she should get him out of this mess since she got him into it, she is the best attorney for the job, having gone through something similar herself!