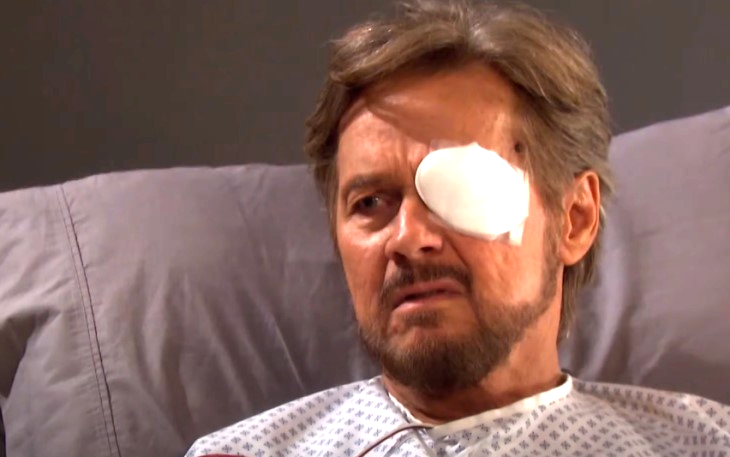 Days of Our Lives Steve Johnson (Stephen Nichols) is back and true to form. Steve is making decisions based on what the thinks someone needs rather than letting them figure it out themselves. Could Steve push Kayla Brady (Mary Beth Evans) too far this time?

Days of Our Lives Steve knows that Kayla is in love with Justin Kiriakis (Wally Kurth). Steve also knows that Kayla is torn between the two of them. Steve made it plain that he planned to fight for Kayla until he found out everything he did as Stefano. Now that Steve knows he threatened Kayla’s life and that he traded her for Marlena Evans (Deidre Hall). Steve is convinced that Justin is the better choice for Kayla and chooses to let her go. How will Kayla react to this?

At the first Days of Our Lives’ Kayla was mad at Steve for asking questions about her and Justin’s relationship. Kayla told Steve that it wasn’t any of his business and promptly walked out. However, Justin gave Steve some critical information that Kayla left out.

Justin told Steve everything he did to Kayla as Stefano. Now that Steve knows everything that happened, he is backpedaling on his bid to win Kayla’s heart. Steve knows that Stefano’s influence caused him to hurt Kayla and he’s finding it very hard to deal with that. Kayla hates it when Steve tries to tell her what to do, but then again, is he right?

Days of Our Lives Steve doesn’t feel like he deserves Kayla. Steve is learning more and more about the crimes he committed as Stefano and he hates it. Everyone except Justin is trying to tell Steve that it wasn’t his fault. But Justin was quick to play on Steve’s love for Kayla by telling him what he did to her.

Days Of Our Lives Spoilers: Jack & Jen On Rocks After He Urges Steve To Fight For Kayla https://t.co/q9l2aLFu8I pic.twitter.com/rGQTPZs7fP

Steve believes he should have come home sooner. Steve is convinced that Kayla would be better off with Justin because he would not hurt her. Steve knows that Justin is an upstanding guy and will push Kayla toward him. Will Steve stick by his decision once Kayla decides she wants Justin? Can Kayla be with Justin knowing that Steve is alive and wants her back?

Days of Our Lives Kayla may love both Steve and Justin, but her love for Steve has been longer and stronger than anything she has with Justin. Thirty years of history is not going to disappear so easily. Who will Kayla be with in the end?

The Bold and the Beautiful Spoilers: Bill Is Feeling Conflicted About His Feelings For Brooke And Katie