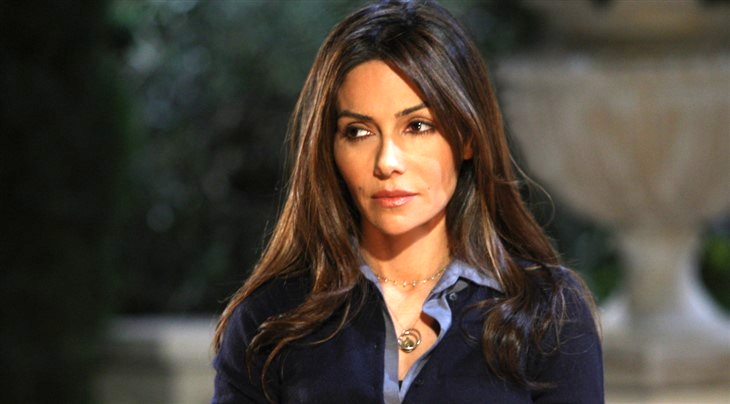 Brenda, Brenda, Brenda. General Hospital and Port Charles simply haven’t been the same ever since Brenda Barrett (Vanessa Marcil) left for better, greener pastures. While there have been some rumors suggesting that actress Vanessa Marcil wouldn’t mind coming back to her soap roots to reprise her role as Brenda, soap fans can’t wait for it to happen.

Here are three reasons why Brenda should come back.

As many fans remember, an 18-year-old Brenda began her hot and steamy romance with mobster Sonny Corinthos (Maurice Benard) during a time when a crime was rampant on the streets of Port Charles. Brenda and Sonny’s chemistry was also one of the reasons why General Hospital enjoyed some of its highest ratings in the early ’90s. Bringing Brenda back would remind a lot of daytime television fans of the glory days that they oftentimes miss and feel nostalgic over. Sure, Sonny and Carly Corinthos (Laura Wright) are a great team, but nothing compares to the spark that was between Sonny and Brenda.

Speaking of Carly, while there’s no doubt that she and Sonny are in a good place and that the couple is rock solid together, not much has happened between them, either. As many fans can recall, Brenda faked having a one-night stand with a drunken Michael Corinthos (Chad Duell) in order to get Carly riled up. The last time that Sonny saw Brenda, and right before she moved to Italy, he told her they needed time to heal. Now that ten years have passed, this would be a good time for them to give their love a second chance, right?

General Hospital Spoilers: Nelle Benson Jerome: Dead Or Alive? Here Is How She Could Have Survived! #gh #generalhospitalhttps://t.co/iv6Ez0ZICU

Let’s face it: if there’s one thing that General Hospital fans love the most, it’s a good comeback story. After all, everyone was both shocked and pleasantly surprised to see Nikolas Cassadine (Marcus Coloma) back in Port Charles after it was long presumed that he was dead, right?

Seeing Brenda back in the place where she belongs would definitely give General Hospital good ratings boost that it definitely needs right now. Plus, Vanessa is a beautiful and talented actress who is definitely missed on the canvas. Make it happen, GH writers!