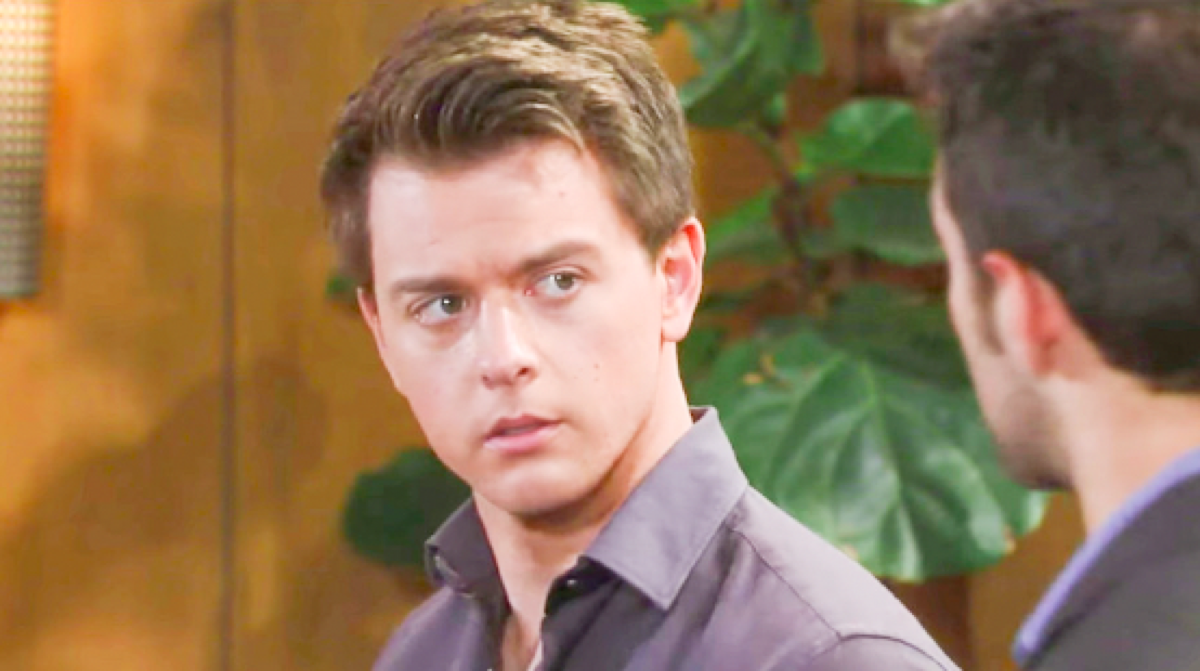 General Hospital viewers will recall that Lucas cried when he gave Wiley over to Michael in Friday’s episode; but as much as he hated to give up his adopted son, he knew that since he was not the same baby that he and his husband Brad Cooper (Parry Shen) had adopted, and he was really Michael’s child with Nelle Benson Archer, (Chloe Lanier) the previously thought to be dead Jonah Corinthos, that he had to give his nephew Michael his son. Lucas will still be a part of Wiley’s life but not as a father to a son – as a great-uncle, being the adoptive brother of Michael’s mother, Carly Corinthos (Laura Wright).

However, Michael had a look of sadness on his face as he took Wiley from Lucas and may have felt a little guilty – although he shouldn’t. Michael did not do anything wrong.

GH Spoilers – Lucas Jones Is Devastated, And He Wants Just To Be Left Alone

In the weekly General Hospital sneak peek, Carly talks to her husband Sonny Corinthos (Maurice Benard) and her best friend Jason Morgan (Steve Burton) about the whole baby switch mess, and how Michael had sent her at least thirty pictures of Wiley to her phone! But Carly is sad and worried about Lucas because she had wanted to go and see him and their mother, Bobbie Spencer (Jacklyn Zeman) had texted her that Lucas didn’t want any visitors – he just wanted to be left alone.

This distressed Carly greatly, and she will probably talk about it to Michael when she sees him again, and it will make Michael feel bad too. He knows the pain of a child being ripped away – and what a hole it leaves in a parent’s heart.

Of course, the loss of Wiley isn’t all that Lucas is dealing with – he’s dealing with the loss of his marriage too because of the grievous things that Brad did by “replacing” their dead adopted baby with Michael’s child are absolutely unconscionable – and unforgivable. Lucas will never be able to trust Brad again and hasn’t made any moves to bail him out of jail – he can rot there as far as Lucas is concerned!

After hearing this from his mother, Michael may talk to Lucas about co-parenting Wiley and raising him together. After all, they are family, uncle, and nephew, and even though the situation is not ideal, it may be best for all concerned if they go this route – after all Wiley is attached to Lucas as well as to Michael, and likely missing Brad – and he’s not coming back!

Even though they are family, however, living together under the same roof is probably a stretch – after all, Lucas may eventually find another love, and Michael is very serious with Sasha Gilmore (Sofia Mattsson) who he is living with now in the Quartermaine mansion. But co-parenting would give Wiley plenty of time with both Lucas and Michael, and Lucas could still be a much larger part of Wiley’s life than just as a great-uncle!