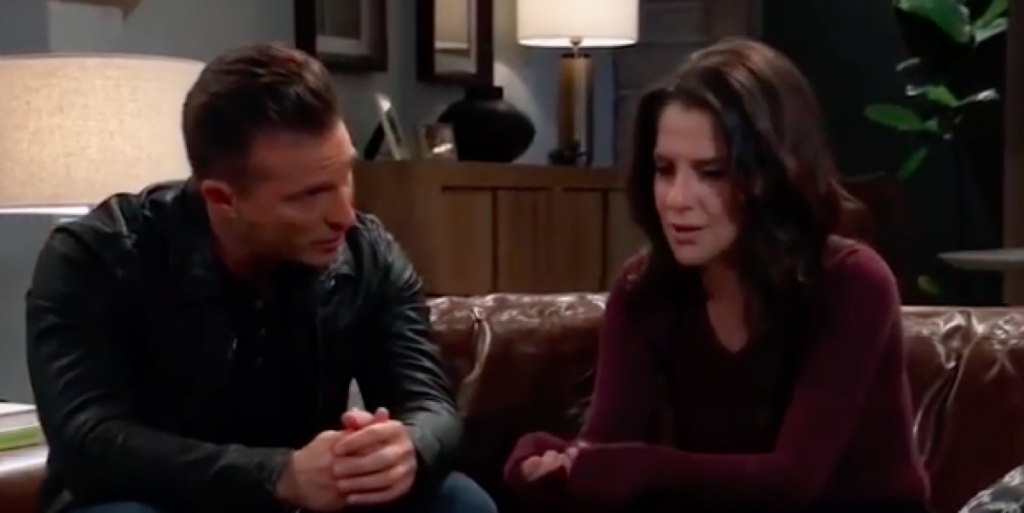 Welcome to your Wednesday, January 8th General Hospital (GH) recap! We begin our day in the Corinthos mansion kitchen where Sonny Corinthos (Maurice Bernard) is on the phone requesting extra security. Carly Corinthos (Laura Wright) walks into the kitchen and says what a pain Gladys is being. Gladys enters and Sonny asks for her to come with him.

In Wyndemere, Ava Jerome (Maura West) wakes from her slumber to find Nikolas Cassadine (Marcus Coloma) with a gun drawn at her.

At the Port Charles police department, Robert Scorpio (Tristan Rogers) walks into the interrogation room where Valentin Cassadine (James Patrick Stuart) is. Valentin goes off on a tangent about how they have no tangible evidence to hold him there.

Valentin believes the case will be dismissed as Robert says he has been disinherited. Martin arrives to see Valentin and reminds him that Nina double-crossed him.

Carly Corinthos (Laura Wright) greets Jason Morgan (Steve Burton) into her house and says everything is ready. Carly tells Jason that everything is out in the open now, Nikolas Cassadine (Marcus Coloma) is alive.

Sam McCall (Kelly Monaco) arrives at the mansion for a secret visit with Jason. Her om Alexis Davis (Nancy Lee Grahn) shows up and says it’s a terrible idea for them to be meeting. As Alexis and Carly spar, she blurts out that Nikolas is alive and well.

Martin Gray (Michael E Knight) says he is surprised to see Nina Reeves (Cynthia Watros) at Lulu’s house. Nina asks about Valentin and he says Charlotte is his first priority. Maxie Jones (Kirsten Storms) interjects and says Valentin does have rights as a parent, as Lulu protests.

Laura asks Nina when she knew Nikolas was alive? She says she found his ring at the sanitarium and guessed he was alive. Laura explains that Nikolas and Ava got married last night.

Nikolas puts the gun away as Ava gets out of bed and says her wifely duties are limited. He says he wants the original codicil that shows he’s the heir to the Cassadine estate. Ava calls out for Liesl Obrecht (Kathleen Gati) and asks her to escort Nikolas out and to change the locks in her room.

Ava begs Liesl to stay for free at the estate and keep an eye on Nikolas for her. Liesl and Nikolas have breakfast as she yells at him about how he treated her Britta.

GH Spoilers – Sonny Corinthos gets Gladys Corbin out of the house

Gladys thanks Sonny for taking her to breakfast and letting her join their family festivities. Sonny says he appreciates what she’s did for Mike and gives her a new car. Gladys is happy with the car and realizes that he’s buying her off.

Gladys shares with Sonny an article she found that could help with Mikes’s treatment.

Alexis shows up at Wyndemere and is ecstatic to see her nephew Nikolas is alive. Liesl meets with Nina and is upset about Charlotte being taken away. Sonny shows Carly the article about the treatment that may help Mike. Jason and d Sam show up at the PCPD and tell Rober they have a proposal for him……..flash to preview

The Bold and the Beautiful Spoilers: Hope And Liam’s Future In Limbo – Thomas Gets Exactly What He Wants