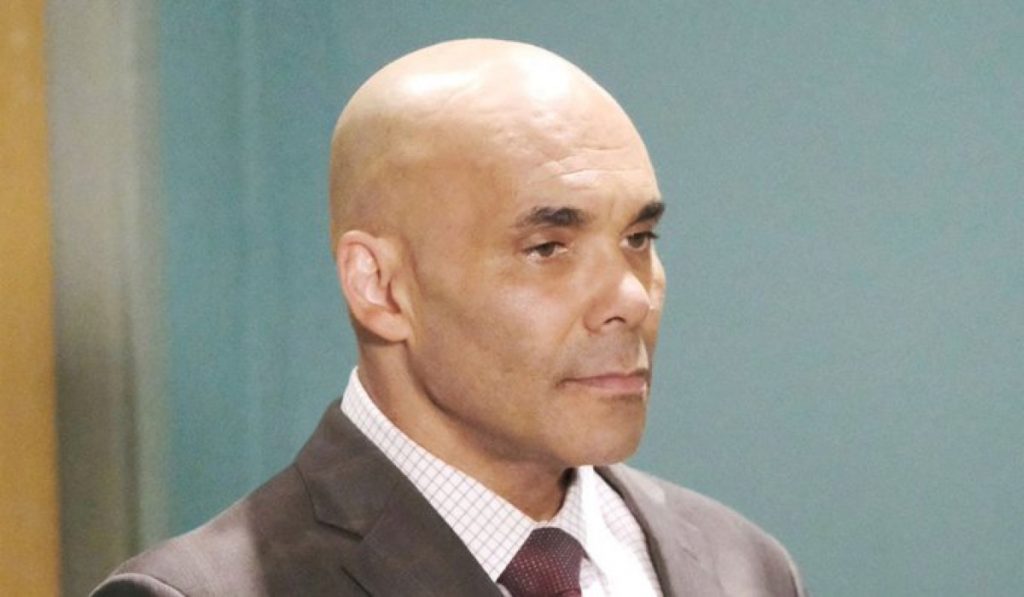 Welcome to your Monday, January 20th General Hospital (GH) recap! We begin our day in France where Spencer Cassadine (Nicholas Bechtel) has a surprise guest, it’s Ava Jerome (Maura West). She asks him to sit with her as he goes off about everything he lost in the past few years. Suddenly his father Nikolas Cassadine (Marcus Coloma) grabs his shoulder and says “he hasn’t lost everything.”

At the Metro Court, Jasper Jax (Ingo Rademacher) meets with mayor Laura Spencer (Genie Francis) who is not too pleased to see him. She realizes he was hiding her son Nikolas this whole time.

Also at the Metro Court, Micheal Corinthos (Chad Duell) overhears Willow Tait (Katelynn McMullen) say that Wiley is not safe. He asks what she means and she explains that Nelle Benson 9Chloe Lanier) was in Brad’s home wearing his robe. This infuriates all of them as Michael and Harrison Chase (Josh Swickard) leave to confront her.

Nelle Benson (Chloe Lanier) tells Brad Cooper (Parry Shen) that he has to fire Willow as Wiley’s nanny. Brad won’t let Nelle hold Wiley until she finally tires him down and grabs hold. Nelle keeps saying “I’m your mommy” to Wiley, which bothers Brad. There’s a knock at the door and she answers it to see a surprised Michael and Chase. Michael and Chase corner Nelle and ask what it will take for her to go away?

Spencer Cassadine (Nicholas Bentel) hops up and hugs his father as Ava looks on. Spencer realizes his dad has been hiding from him for three years and is absolutely livid. Spencer begins yelling at his dad and refuses to forgive him as Ava tries to intervene. Nikolas walks out for air and Ava tells Spencer that he’s the luckiest boy on the planet.

Nina Reeves (Cynthia Watros) is creating a paper collage with Charlotte when Curtis Ashford (Donnell Turner) stops by to visit. Curts see the Deception/Sasha paperwork and wonders if it’s such a good idea to work with her. Nina invites Sasha up to the office and has an offer for her. Nina says if she does a cover story in Crimson about everything she’s done bad, they can collaborate on Deception.

Marcus Taggert (Real Andrews) drops by the police station to see his old friend Jordan Ashford (Brianne Nicole Henry). He congratulates her on becoming a commissioner and getting married, as he says his marriage went south. Jordan tells Taggert about their old co-worker’s death from drugs and she wants to investigate it.

Cousin Gladys thanks Carly Corinthos (Laura Wright) for giving her a spa day and brunch at the Metro Court. Carly sees that her son Michael is upset and he says Nelle is back and moved in with Brad – Carly says, ‘over my dead body!” Gladys tells Carly she is actually not interested in the spa today, but would love a tour of the Corinthos coffee warehouse.

GH Spoilers – Laura Spencer land Jasper Jax have it out

Jasper Jax 9Ingo Rademacher) apologizes for why he hid Nikolas from Laura for as long as he did. Laura Spencer (Genie Francis) accepts his apology and says it was all Nikolas’s fault. She brings up the revitalization of the waterfront and would like to see if he could help financially. Gladys pops over to introduce herself to Mayor Laura – which annoys Carly to no end.

Michael offers Nell a nice place to stay in order to keep her away from Wiley. Sasha tells Willow that she has agreed to put her scandal in the pages of Crimson, suddenly Nelle shows up.

Charlotte sees the magazine cover of Sasha and cuts it into little pieces. Ava begs Spencer to let his father love him again as Nikolas enters the room. Spencer refuses to back down and tells him to stay the hell away. Carly sees Nelle who says that Michael is taking care of her, which angers Carly further……….flash to preview

And don’t forget to check back here regularly for all your General Hospital news, information and spoilers!