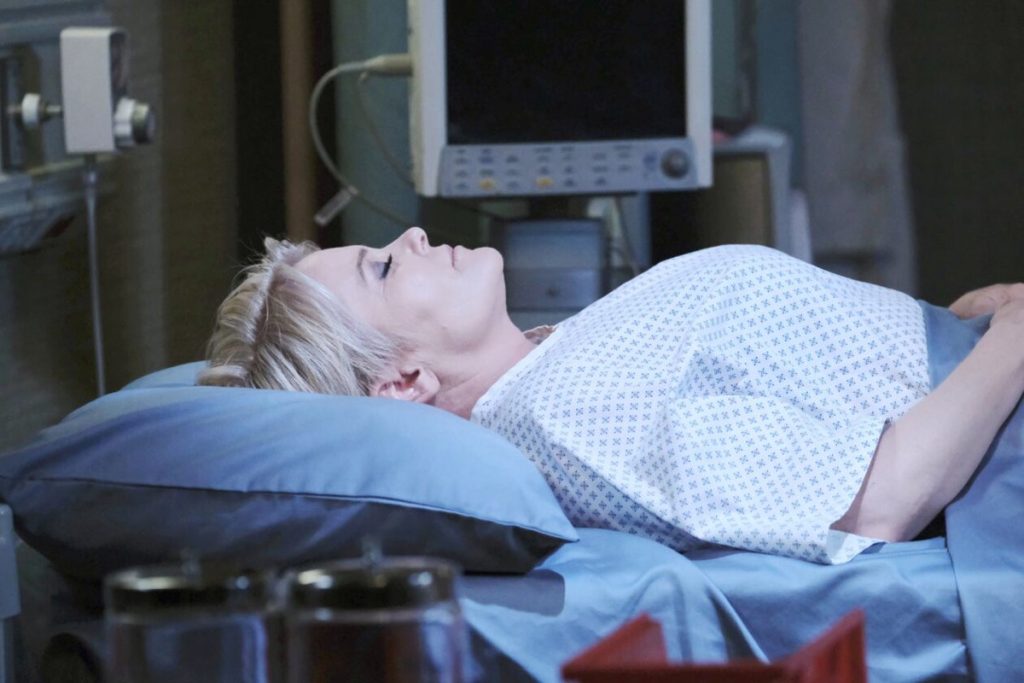 Days of Our Lives spoilers for Tuesday, January 21 tease another exciting day of drama for Days of Our Lives viewers on day two of flashback week! Bear in mind your program may be interrupted for US viewers because of the impeachment trial; check nbc.com or Cozi TV if you have the channel, and watch for updates.

Tragedy strikes Adrienne Kiriakis (Judi Evans) and Sarah Horton (Linsey Godfrey) as they are on their way to Salem University Hospital, Sarah in labor. A car comes out of nowhere towards them, causing a chain reaction as Adrienne struggles to stop her car and swerves to avoid a crash, but is unsuccessful.

Adrienne hits the windshield while Sarah’s labor pains get closer, and she is unable to rouse Adrienne, who is unconscious! Sarah knows that Adrienne is seriously injured and possibly has a brain injury, but she is unable to help her. She hopes her cell phone still works so she can call for assistance and an ambulance!

Tony DiMera (Thaao Penghlis) is devastated as he learns his Anna DiMera (Leann Hunley) has betrayed him! It is not likely to be the type of betrayal of the romantic sort, because Anna wouldn’t likely cheat on him with another man, but it may be a betrayal of the sort that messes up his chances of taking over as CEO of DiMera Enterprises, which is something that they were arguing about before the one-year time jump that started on Days of Our Lives this past November.

He wanted to take the reins of his father’s company while she wanted to live a simpler life and travel. Still, for Anna to take such a step as to ruin his chances at the CEO position could be just as devastating and he could feel just as betrayed by Anna as if she had slept with another man!

Days of Our Lives Spoilers – Maggie Kiriakis Gets An Upsetting Visit

Elsewhere, Maggie Kiriakis (Suzanne Rogers) gets an upsetting visit as a face from the past arrives to haunt her! It’s Summer Townsend, (Marie Wilson) who as longtime Days of Our Lives viewers will recall is the baby she gave up for adoption and turned out to be a huge trouble maker the last time she showed up in Salem!

Maggie was just a young girl still living on the farm when she got involved with and slept with a farmhand, she became pregnant with Summer! Maggie can’t imagine what Summer wants this time – and she always wants SOMETHING! Where Summer goes, trouble follows!

Also, Xander Kiriakis (Paul Telfer) makes an admission to Victor Kiriakis (John Aniston) on Tuesday. Remember, this is during the one year period of the time jump, and Will Horton (Chandler Massey) has not yet been framed for the accident that has just occurred. Does Xander know something about Jordan Ridgeway’s (Chrishell Hartley) death and how it happened after all, or is he talking about something else? Days of Our Lives viewers will have to tune in to find out!