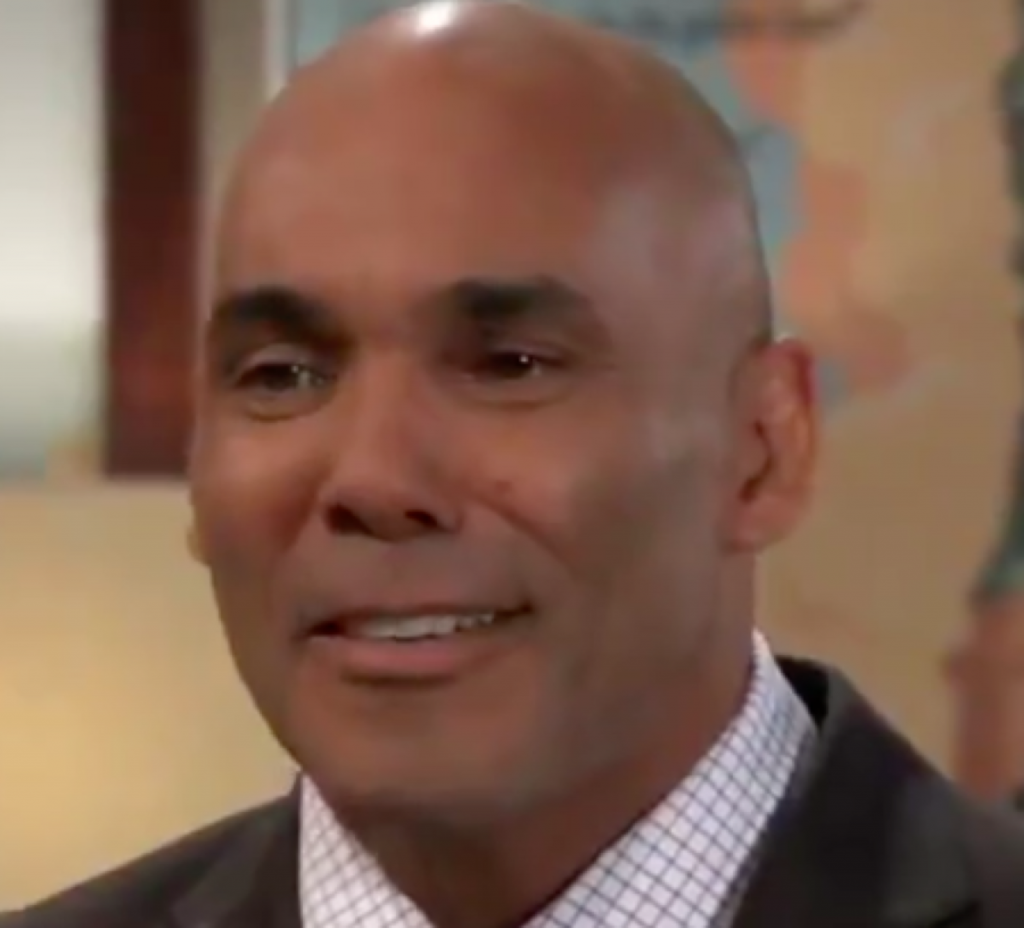 Welcome to your Friday, January 17th General Hospital (GH) recap! We begin our day at the Corinthos mansion where Carly Corinthos (Laura Wright) is on the phone when ‘cousin” Gladys comes downstairs and says “Good morning family!” Sonny Corinthos (Maurice Bernard) walks in and thanks to her for the info on the study.

At Turning Woods, a mysterious man with a police badge asks to see Mike Corbin (Max Gail). In Kelly’s Diner, Trina Robinson (Sydney Mykayla) and Cameron Webber (William Lipton) are listing off classmates that the other could be interested in.

At the Metro Court, Michael Corinthos (Chad Duell) catches up with Jason Morgan (Steve Burton) specifically about Nelle. He tells Jason that Nelle showed up at ELQ to claim Shiloh’s shares. He asks how Sam Mccall (Kelly Monaco) is doing as they all deal with the repercussions of Shiloh. Sasha Gilmore (Sofia Mattsson) arrives and takes Jason’s seat as he tells her he’s going to do everything he can to put Nelle back in jail. Sasha worries about Michael’s safety as he warns her to be careful as well.

In Bard’s apartment, Nelle Benson (Chloe Lanier) is enjoying nonprison coffee as Brad Cooper (Parry Shen) tries to wake up. Brad wonders what exciting things she has planned for today as he hands her $60 to get out of the house. Willow shows up for her babysitting gig as Chloe comes out of the shower and they both yell “what is she doing here!?” Nelle gets back in the shower as Willow yells at Brad about what a bad choice he has made. Nelle kicks Willow out as she tells her that she and Brad have a connection that can never be broken.

At the PCPD, Harrison Chase (Josh Swickard) is updating Jordan Ashford (Brianne Nicole Henry) but she is distracted. Chase wonders if there is something on her mind that he can help her with. Jordan says there is, she wonders how Nelle’s release got to her dead husband’s family? Chase says they deserved to know as Jordan reprimands him for getting involved.

Sonny Corinthos (Maurice Bernard) tells Dev Cerci (Ashton Arbab) that he’s going away a few days to help his dad Mike out. Dev asks Sonny if he can come along, but Sonny asks him to help Carly at home. Sonny arrives at Turning Woods and to his surprise, Marcus Taggert (Real Andrews) is talking to his dad. Jason walks in and Taggart calls him ‘anger boy” which is hilarious because he used to call him that a decade ago. Sonny and Taggart take a walk as they threaten each other while reminiscing.

Dev’s phone beeps and Gladys wonders if a cute boy like him should have a girlfriend. we see bother Dev and Josslyn Jax (Eden McCoy) flash to when they kissed on New Year’s Eve. Dev lease and Cary immediately wonders what is going on between them. Carly figures out that she hit on him and she’s allowed to move on from Oscar.

At Kelly’s, Cameron and Trina continue to go through a list of potential suitors, but neither likes the choices. Trina tells Cam that he needs to own up to his feelings and be honest. Dev and Gladys show up and she tries to get chummy with his friends.

Nelle grabs Brad’s phone away as she freaks out about Willow being so close to Wiley. Sonny gets Mike dressed as they leave for their trip to NYC. Marcus (Taggert) walks into Jordan’s office and we realize they know each other from the past. Willow tells Chase and Michael that Wiley is no longer safe with Brad………flash to preview