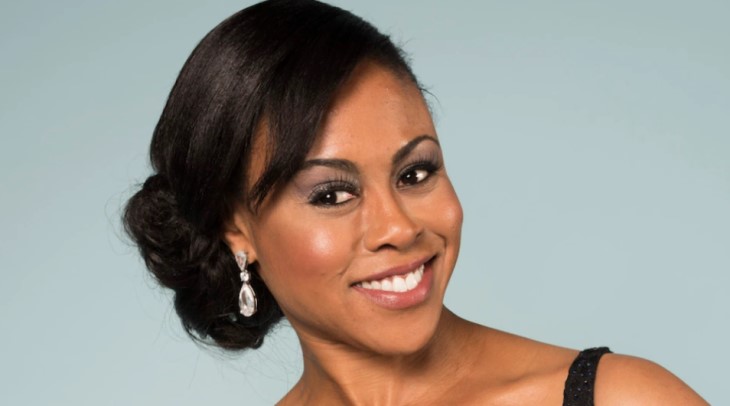 Although Actress, Vinessa Antoine, who played Jorden Ashford on the daytime soap General Hospital has been busy since her departure. Many of her fans know that she is now starring in the Canadian drama, diggstown which has recently made its way over to the United States airing on BET+.

She has been playing on the show ever since she left General Hospital and she plays the lawyer, Marcie Diggs. Not only has she been acting on Diggstown, but she also has launched her own skincare line.

Vinessa Antoine has recently launched her own skincare line by the name of Teonille Beauty. Teonille Beauty is an organic, vegan, as well as a cruelty-free company. The brand is focused on using high-quality plant-based ingredients in their products. In order to pursue this, she ran a campaign on IFundWoman where she asked for $4,000 which she would use to start the project.

On the website, she talked more about the products and what the project stood for. “Teonille is natural products that are environmentally responsible and good for the skin and hair. We are black-owned and believe aging is a source of celebration and a beautiful process that should be embraced and discovered. Our intent is to unleash the power of authentic beauty.”

She went on to talk about what the name of the company came from which came from her mother’s middle name. This also sparked her interest in natural ingredients. “As a child, I loved doing natural facials and hair treatments with my mom that I concocted in my kitchen. I simply love the act of self-care. I used that special time to regenerate my body and my mind. I was fascinated by the amazing effects and results of ingredients that I found in my kitchen, and it led me down a path of homemade products for my friends and family.”

She went on to talk about her first attempt in the skincare world and how she may have taken on too much for just one person, and she closed the business, but she knew she would try her hand at it once again.

“Since that time, I’ve had plenty of amazing experiences working as an actress in film and television. I’ve tried A LOT of products! At the end of the day, I knew what ingredients worked on me and what did not and what kind of company I wanted. My formulations and mixtures come naturally to me and honestly have been the secret to my skin and hair care regimen over the last 15 years in film and television.”