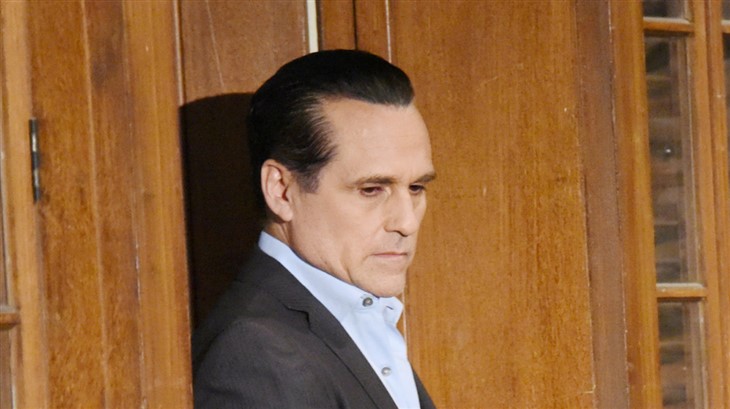 ABC General Hospital spoilers reveal that Maurice Benard has been a vocal advocate for mental health issues for many years. He has been outspoken about his bipolar diagnosis and he was instrumental in the show writing this condition into his character, Sonny Corinthos’, storyline.

Benard hosts a vlog called State of Mind. There he discusses mental health topics and shares personal stories from his offscreen life.

The Emmy winner recently talked about a situation that occurred years ago when Sonny had an emotional breakdown. At the time Benard was struggling himself, but no one on the set could tell.

As he recalls, “The storyline went on for like three, four months. The producers would ask me if I’m all right … deep down, I knew I wasn’t.” Still, the actor assured showrunners that he was fine.

In this case reel life reflected real life and, “By the end of it, my wife [Paula] knew that I wasn’t doing well, so she called the producers and said, ‘Cut it.’ I remember the last scene where I heard my [real-life] mom and dad talking… They live in San Francisco” — and weren’t visiting — so probably a good thing they stopped it.”

In the vlog Benard shares what he calls, “the hardest set to work on” in his entire career. This was when his wife’s thyroid-cancer diagnosis was in the forefront of his mind.

According to him, his costar Kelly Monaco (Sam McCall) gave him some excellent advice. Benard was in the General Hospital makeup room one day and he was talking about how when he felt good he didn’t want to go to therapy.

Monaco heard this and said, “Maurice, when you’re at your best is when you absolutely need therapy. I said, ‘Damn, Kelly, I’m gonna use that on State of Mind.’”

GH Spoilers – What Is Next For Sonny Corinthos In Port Charles?

Benard has helped millions of fans and viewers with his stance on mental health advocacy and through his portrayal of Sonny Corinthos. At this time Sonny is facing a stark reality with the death of his father. How will he handle it?

His family and friends are worried about the Dimpled Don and this story promises to provide plenty of drama going forward as Sonny confronts not just his father’s death but also a threat to his business empire.