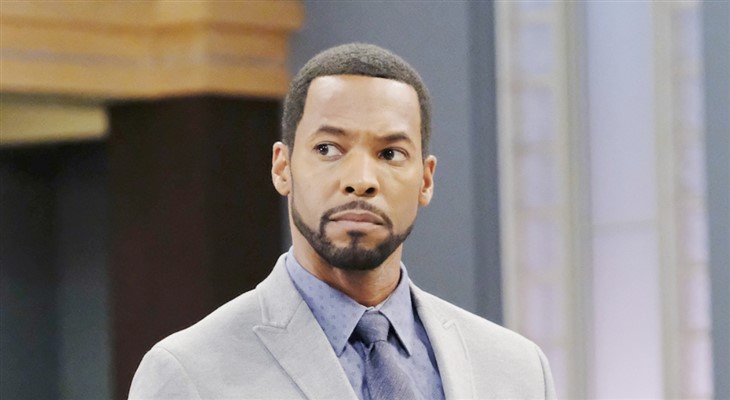 ABC General Hospital spoilers reveal that Anthony Montgomery (Andre Maddox) had a fun event to attend this weekend, the virtual red carpet premiere of his new flick. It’s a sci-fi spoof called Unbelievable!!!!! and in it, the GH actor stars as The Launchman.

The film is a comedy and boasts in its cast over 40 Star Trek actors! Believe it or not, the film has been a very long time in coming as it was first announced over seven years ago.

Last month the star alerted fans to the film’s debut by posting to his Insta, “Congratulations to the team at @unbelievablemv for getting distribution!!” Then, last week he reminded fans about the project’s premiere and took part in a virtual Q&A with fans. The handsome and talented star posted a photo of himself in character as well.

GH Spoilers – Anthony Montgomery Is A Busy Actor And Writer

So, what is Montgomery’s new movie about? The comedy is a parody of sci-fi flicks and it features four astronauts who go to the moon on a suspenseful rescue mission. The only problem? Once there they stumble upon a devious plot to use alien plants to take over the world—sounds like my kind of fun!

The new movie was written and directed by Steven L. Fawcette and was originally filmed in 2013. Its launch was delayed due to a variety of factors. These included lengthy post-production reshoots and distribution issues.

Despite the delays, the movie did have a premiere of sorts when one version of it was seen in 2016 as a part of Star Trek’s 50th anniversary that took place in Hollywood.

With a star-studded cast and a very creative plotline, Unbelievable!!!!! sounds like a must-see movie!

GH Spoilers – Andre Maddox Is Gone But Not Forgotten On GH

Montgomery debuted in Port Charles as Dr. Andre Maddox in 2014. Along the way, he was involved with police commissioner Jordan Ashford (Briana Nicole Henry) and flirted and danced up a storm with superspy Anna Devane (Finola Hughes).

Every now and again the doctor pops up and fans last saw him in 2019.