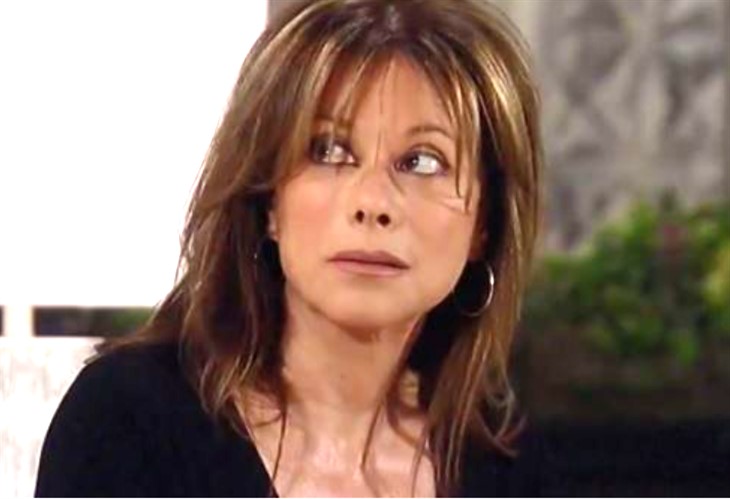 General Hospital (GH) spoilers tease that in Port Charles, NY Martin Grey (Michael E Knight) might be putting down roots in Port Charles now that he knows that Mayor Laura Collins (Genie Francis) is his half-sister. Of course, he has another sibling in Port Charles, but Martin has taken extra care to stay away from Cyrus Renault (Jeff Kober) and his drug empire. Martin is a bigshot, slightly cutthroat attorney but he isn’t a criminal and doesn’t want to be associated with his brother’s crimes. And that doesn’t even take into account that Martin believes that Cyrus killed their father on purpose.

General Hospital Spoilers – But Laura Collins Is A Different Matter

Laura and Martin are already working on getting to know each other. Martin seems genuinely thrilled to have a sister he didn’t know about, so he has every reason to stick around Port Charles, despite Cyrus’ presence there. That means that sooner or later, Martin will find himself looking for love. While there are a couple of possibilities, one seems much more likely and promising than the other. Who are the lucky ladies in question? Let’s take a look.

GH Spoilers – The Spy Who Loved Him…

Anna Devane is currently about to marry Dr. Hamilton Finn (Michael Easton), that relationship doesn’t seem built to last much longer. It seems unlikely that they will actually get around to saying their vows, as issues from both of their pasts are still impacting their present and likely their future as well. So if Finn and Anna end things, would Anna eventually make a good match for Martin. It would at seem at first glance the two of them might hit it off, it would seem that a better match is out there.

The only way to accurately describe Alexis Davis (Nancy Lee Grahn) right now is “messy”. Fate hasn’t been kind to Alexis this year. After falling in love with her therapist, Dr. Neil Byrne (Joe Flanigan) they ended their professional relationship so they could see each other romantically. But Neil apparently either didn’t know or just ignored the fact that a therapist cannot date a former patient until after two years have passed. They tried to stay away from each other, but had a night of passion while in New York. Alexis then perjured herself the next day by denying that there was still anything between herself and Neil.

But it wasn’t long before the truth came out and both Neil and Alexis were stripped of their license to practice and law, respectively. This meant that Neil and Alexis were free to be together but during the their first night back together, Neil died after they made love. Not long after, Alexis also discovered she has osteoporosis. And then things got even worse. Alexis is an alcoholic and she finally reached her breaking point and started drinking again.

Alexis is pretty much at the lowest point in her life right now and if Martin meets her now, in her current state he may decide she way to unpleasant to even give a second thought too. But the truth is Alexis is a brilliant attorney, even if she cant practice law right now. In fact, the two of them have a lot in common. Besides the law connection, they both have a wicked sense of humor and eventually, they will likely find much more that they have in common. Hopefully once Alexis finally conquers her demons, Martin will take notice. Perhaps she will even come to him to help her find a way to get her license to practice law back. It could be the start of something special.

Do you think Martin will stay in Port Charles? Would he and Anna make a good couple in the long-term? Or could Alexis finally have a man worthy of her? But will she stop drinking and put her life back together so a romance even becomes a possibility? Could Alexis and Martin be what each of them has been waiting for? Romance is messy in Port Charles, so stay tuned to General Hospital, airing weekdays on ABC. And don’t forget to check back here regularly for all your General Hospital news, information and spoilers!