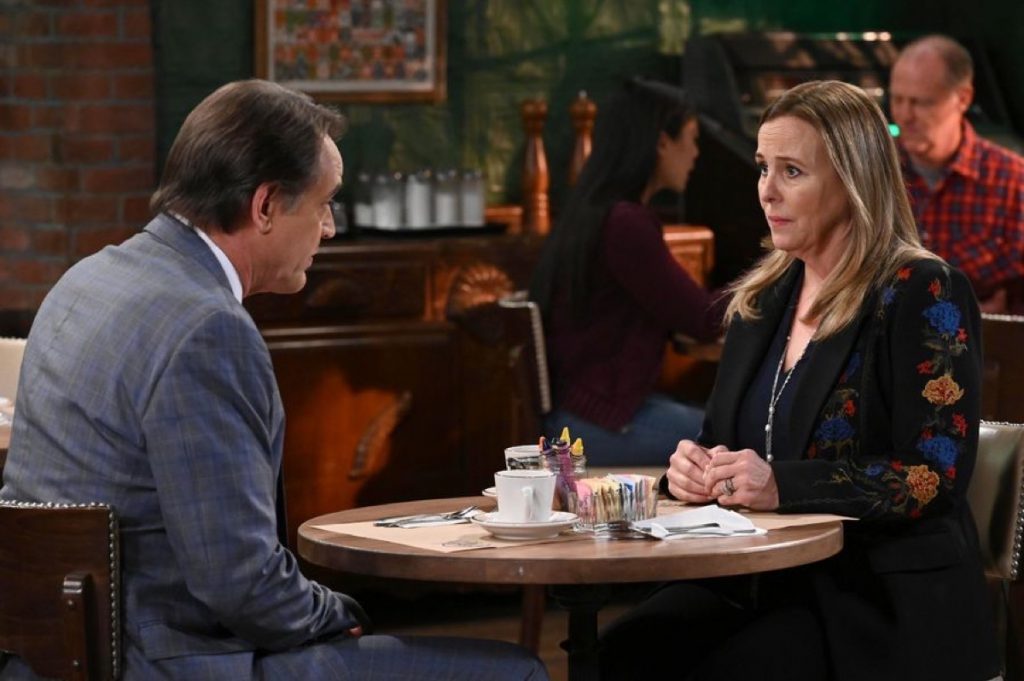 General Hospital spoilers tease that Genie Francis is set to resume her role as Laura Webber Collins as soon as next month. November Sweeps is the perfect time for Laura to return to Port Charles, New York as fans have been wondering where the busy mayor has been lately. She just let fans know that is coming back from New England to LA (and not a moment too soon) and Soap Opera Digest has confirmed that she will be back for November Sweeps.

Adding intrigue to the mystery, it has just been announced that Helena Cassadine (Constance Towers) will also appear in November. This adds a new dimension to Laura’s reappearance as the two women are mortal enemies.

Fans have been wondering where Laura has been on General Hospital but Genie’s tweet clears that up as she wrote, “Bye-bye New England! So happy to have had a bit of fall.”

Genie’s character Laura Mayor Laura Webber Collins has come a long way since her debut back in 1977.

At that time she was rivals with Bobbie Spencer (Jaclyn Zeman) for Scotty Baldwin’s (Kin Shriner) attention. But she soon became in awe of Luke Spencer (Anthony Geary) and through the years the couple went on a roller coaster of emotions and drama.

Before long they were the daytime drama supercouple known as Luke and Laura and millions of teens stayed home from school to watch their highly-rated wedding.

Bye bye New England! So happy to have had a bit of fall!🍁🍂 #GH pic.twitter.com/8omzs8dnF5

Laura is now married to shrink Kevin Collins (Jon Lindstrom) and running the town of Port Charles. She has come a long, long way from her days on the run with Luke and their kids.

Now she is going up against bad guy Cyrus Renault (Jeff Kober), who has a fascination with the perky blonde. Is it possible these two could someday hook up since Laura has a thing for bad boys?

Then again, the GH rumor mill is churning with speculation that Cyrus and Epiphany Johnson (Sonya Eddy) are about to hook up!

Laura has not strayed from Port Charles as this week her daughter Lulu Spencer (Emme Rylan) brought Kevin a lunch that her mom made for him. We assume that Laura is multitasking in the background and when we next see her, she could have a solution to her Cyrus problem.