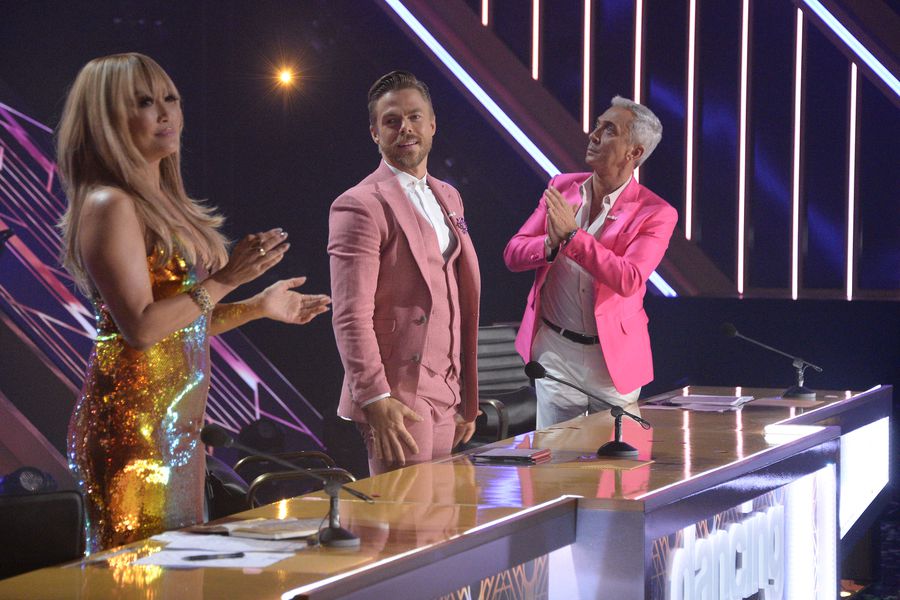 ABC Dancing With The Stars contestants Nelly and Johnny Weir believe that the judges are being too harsh this season with their scoring. Here’s what you need to know.

Dancing With The Stars Season 29 Spoilers – Are The Judges Being Too Harsh?

Speaking to Us Weekly in a new interview, former chart-topper Nelly made it no secret that he believes the judges are being a little too harsh on the contestants this year, given all of the unique circumstances they are going through right now with social distancing and the global pandemic that has been the coronavirus.

Nelly puts it this way, “They’re whack, whack, what. They’re hating. I feel like the judgment should come with understanding! You’re judging me. I’m from the hood in St. Louis, Missouri. There are no ballrooms. I’ve never danced, choreographed in my life and you’re judging me like I should know these things and I just picked up this choreography in five days.”

Nelly and his partner Daniella Karagach were given a 16 and an 18 (out of 30) for their first two dances. “I don’t think that I’m being judged on somebody who’s never choreographed,” the Reach Me star added. “I’m being judged, like, ‘Straighten your back up,’ get this, did that. I’m like, ‘My man, I was on time.’ That should count!”

Dancing With The Stars Season 29 Spoilers: Nelly Fared And Johnny Weir Speak Out

Unfortunately, Nelly wasn’t the only celebrity dancer who spoke out about the judges being unfair or at least unreasonable this season. Olympian Johnny Weir also wasn’t very happy after getting two 18’s for the last two of his dances.

Dancing With The Stars Season 29 Spoilers: Tyra Banks Is Ignoring Her Trolls And Critics https://t.co/A5vhSLxAk6 pic.twitter.com/03flqHYNwq

“I’ll tell you that I don’t like 6s, and I especially don’t like 6s when they tie me with people two weeks in a row,” the figure skater said. “I’m a perfectionist and want 10s every week. That was the goal coming in here. Even if I didn’t get them, I worked really hard to be at the level to possibly get a 10. But if there’s anybody in this cast that has been judged face to face it’s me, and I’ve dealt with it for years.”