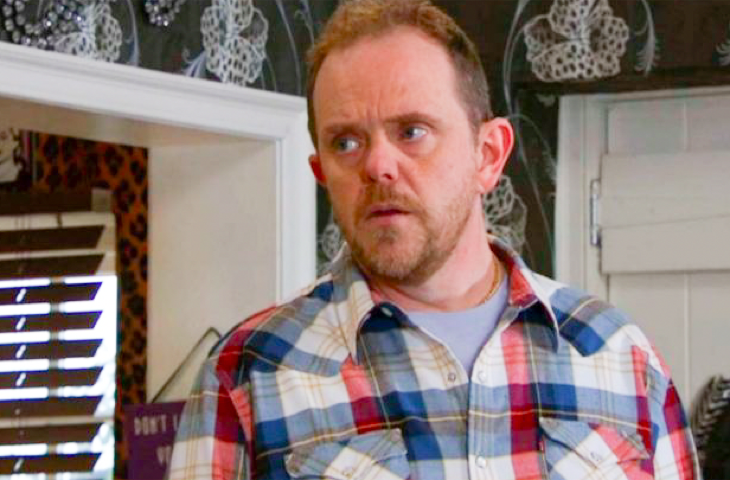 Emmerdale spoilers hint that Dan Spencer (Liam Fox) will have a long road to recovery in the near future. Dan has recently suffered from an allergic reaction because of a wrap that he got from Brenda Walker’s (Lesley Dunlop) cafe. He was rushed to the hospital afterward, where he learned that a piece of his spine had been fractured into three parts. This may mean that he will never walk again but could also mean a long recovery process.

Dan’s troubles started the moment that he grabbed the wrap while working at Brenda’s cafe. After eating the wrap, he suffered from an allergic reaction leading him to fall onto his back. After being rushed to the hospital, he was told that a part of his spine had been broken into three parts. This may result in him not being able to walk again.

Emmerdale Spoilers – Dan Has A Choice To Make

The doctor tells him that he will have to get surgery and that the operation may or may not fix his problems of not being able to walk again. He learns that even if the surgery is a success, he will have to take time off of work because of the incident.

There is a chance that he will make a full recovery from this, but there is no doubt that it will take a lot of time and healing that he will have to go through in order to be able to walk again or even be close to how healthy he was before. However, he will not only have to deal with his physical problems, but he will also have to figure out how he will deal with Brenda after finding out that she was the reason for his allergic reaction. He may decide not to press charges as he knows that it will not change the situation that he is currently in.

It seems that Dan will have a long road ahead of him when it comes to his recovery process. What do you think? Will Dan make a full recovery, or will he be forever affected by the effects that the allergic reaction had on him? Be sure to catch up on everything happening with the soap right now. Come back here often for Emmerdale spoilers, news, updates, and rumors!