Emmerdale Spoilers: DI Malone Could Be Wendy’s ex – Hints Have Been Spotted By Fans 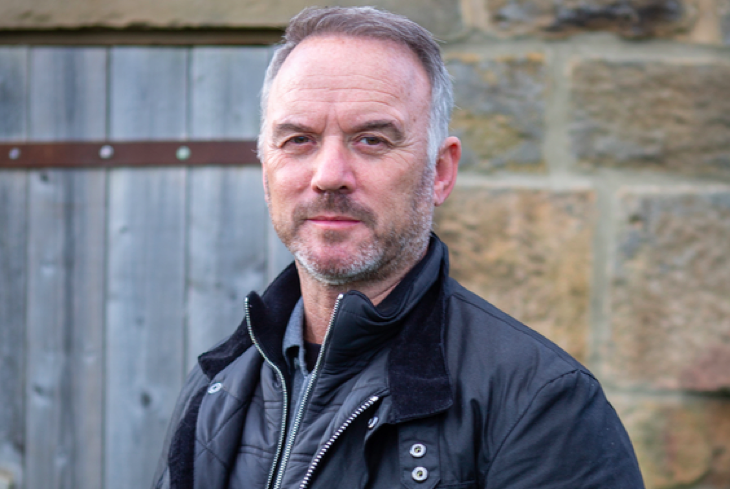 Emmerdale spoilers hint that DI Malone (Mark Womack) may be discovered to be Wendy Posner’s (Susan Cookson) ex. Wendy has recently talked about her ex, who was Leo’s father which has gotten fans wondering if they will soon be introduced to Wendy’s ex or if we already met him. This has put the spotlight on DI Malone, who has recently come into town and could be the perfect person to have been the husband of Wendy. Could he really be Wendy’s ex?

As viewers know, DI Malone has a bad strike and has been bothering some of the other characters like Cain Dingle (Jeff Hordley), Billy Fletcher (Jay Kontzle), and Will Taylor (Dean Andrews). He has proven himself to be someone who is willing to do just about anything to get what he wants. This was confirmed when he decided to put Billy in jail by making up a story that Billy beat up someone, and then he went further by threatening Dawn. So, when Wendy brought up her ex and how he was abusive, fans instantly threw the name DI Malone out there as a candidate for Wendy’s ex. It would make sense for them to introduce her ex since they are bringing him up, and it would make sense that it could be someone who is already in town.

Wendy mentioned that her ex was abusive towards her, and with the personality that DI Malone has, it would come as no surprise if he is revealed to be the ex of Wendy. It would also make sense as well since DI Malone has not really interacted with any of the characters that would be associated with Wendy or even Luke Posner (Max Parker), and they have not crossed paths, which could lead to a big set up where they do cross paths and recognize each other.

This would not be the first time that someone comes into town after they are mentioned in an episode as viewers have recently seen that Mandy Dingle (Lisa Riley) has told her family the true origin story of Vinny Dingle (Bradley Johnson) and how he came into her life. This caused his father to pop back up in Emmerdale not long after.

It would be interesting to see what kind of storyline could come out of DI Malone being the ex of Wendy. It could bring in a bunch of drama as Luke could be drawn into danger if his father tries to gain a relationship with him or could put Wendy into danger if he decides that he wants her back. What do you think? Could DI Malone be the ex of Wendy? If so, could this lead to more exciting storylines? Be sure to catch up on everything happening with the soap right now. Come back here often for Emmerdale spoilers, news, updates, and rumors!