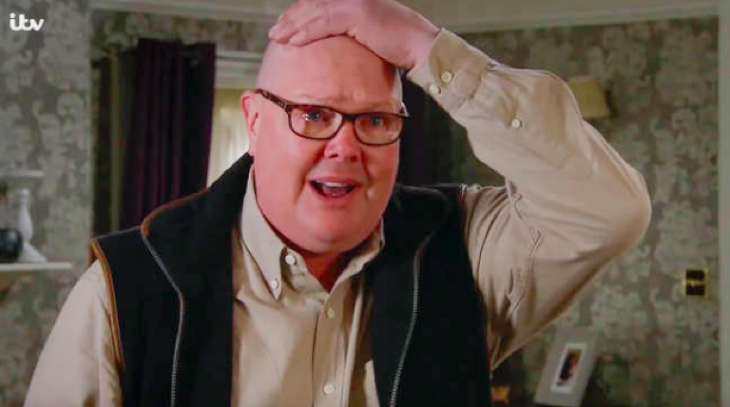 Emmerdale spoilers hint that Paddy Kirk (Dominic Brunt) being in deep water in the next couple of episodes of Emmerdale. Paddy made a careless mistake that could have cost him his child’s life. It seems like he will make another mistake soon enough. Will this mistake cost him his family? 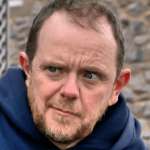 Paddy was frantic as he drove to the hospital in order to get Marlon, who was suffering from a heart attack, the care he needed. This caused him to make a careless mistake as he rushed Marlon into the building, leaving his child, Eve Dingle (Bonnie and Billy Clement), in the car on her own. He realized his mistake, but it was too late someone else had found her, and she was being treated to make sure that she did not have hypothermia.

When Chas Dingle (Lucy Pargeter) showed up, she was upset to hear that he left their baby in the car and put her life in danger. When they left the hospital, she mentioned that she knew he did not mean to leave the baby in the car. However, it seems like she is still upset about the whole incident and may not trust him anymore, which may cause problems in the future. Chas will continue to feel embarrassed as more and more people find out about what he did.

Even though things seem like they might become better, he will not be out of the woods just yet since they still have to deal with social workers. On the day that the social service workers come over, Chas gets very nervous because Paddy was nowhere to be seen. Even when the workers show up, Paddy still is nowhere to be found. Chas tries to cover, but it might not work, and they might lose their child if Paddy does not show up.

Paddy may end up losing his child if he does not show up to the meeting and he might even lose Chas. What do you think? Will Paddy lose his entire family, or will he make up for his mistakes? Will Chas forgive him for his mistakes? Be sure to catch up on everything happening with the soap right now. Come back here often for Emmerdale spoilers, news, updates, and rumors!