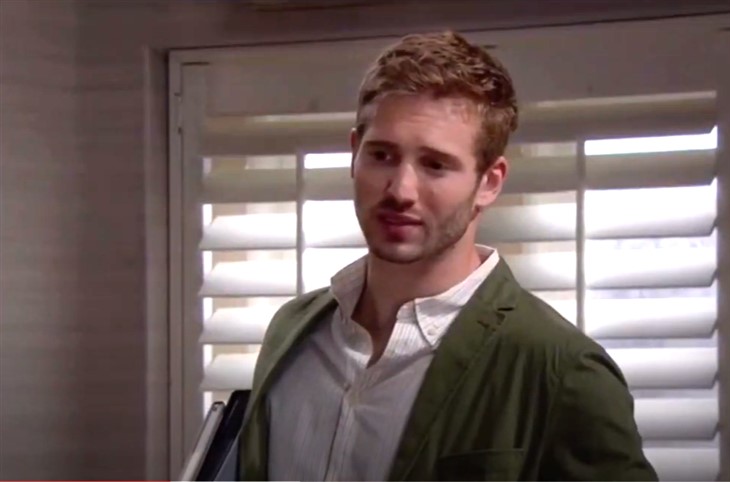 ITV Emmerdale spoilers for the week of August 10 reveal that Jamie Tate (Alexander Lincoln) confesses to his crime. Belle Dingle (Eden Taylor-Draper) makes a shocking threat. Leyla Harding (Roxy Shahidi) ends up being attacked and learns the identity of her tormentor. Also, there will be a mindblowing discovery of two characters.

On Monday’s episode, Jamie will show up at the veterinary office and beg Belle to hear him out. He tells the young woman that he still has feelings for her but Andrea Tate (Anna Nightingale) is blackmailing him. He ends up confessing to being the driver that hit Moira Dingle (Natalie J. Robb) and fled the scene. Belle threatens to tell the police and Jamie is almost relieved by the thought of it coming out into the open.

Also, Leyla will end up being attacked by a mysterious person while at Take a Vow. Leyla is able to strike back, but the attacker vanishes.

Emmerdale Spoilers: Paul Has Ulterior Motives – Wanting Relationship With Son Is A Cover

According to Digital Spy, Leyla will find out who has been tormenting her. Also, Belle will deal with Lydia Dingle (Karen Blick) interrogating her about if she is seeing Jamie again. Then, someone else will discover Mark Malone (Mark Womack) and Harriet Finch’s (Katherine Dow Blyton) affair. There is a threat of telling Will Taylor (Dean Andrews) what Harriet has been doing behind his back. The only way to prevent it is if Harriet admits to it first.

Emmerdale spoilers for Friday reveal that Nate Robinson (Jurell Carter) wonders if he should skip work in order to support Tracy Metcalfe (Amy Walsh). She tells him not to do it because he’s already on thin ice. However, he cancels his meeting anyway and it is teased that he could end up regretting it. Meanwhile, Harriet’s guilt will become overwhelming as she decides what to do.

Which storyline are you looking forward to seeing play out the most? Do you think Harriet Finch will end up telling Will Taylor the truth? Will Nate Robinson end up regretting his decision? What will Belle Dingle do about Jamie Tate? How will Leyla Harding handle learning the identity of her tormentor? We will just have to keep watching the soap to see how all of these storylines progress during the upcoming week.