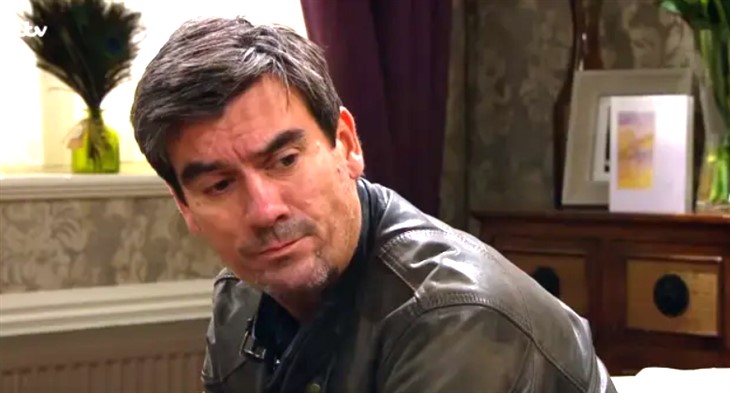 Next week, Moira Dingle (Natalie J. Robb) will still be hospitalized for her serious injuries after being struck by Jamie’s car. However, Cain believes that it was Malone who committed the heinous crime. Cain vows to get justice for Moira but has to deal with Harriet lecturing him about not doing anything stupid.

Harriet Finch Asked To Run Away

Emmerdale spoilers reveal that Harriet will be floored by Malone’s latest discussion. He won’t allow her to marry Will Taylor (Dean Andrews) because he’s still in love with her. He asks Harriet to run away with him and leave Will (and everything else) behind.

Lydia has a huge decision to make over whether to take the test to see if she has Huntington’s disease or not. She confesses her inner turmoil to Chas Dingle (Lucy Pargeter), who insists that Lydia has to find out for sure. Not only does Chas think she should get the test, but fans may remember Lydia’s husband asking her to during the lockdown special.

Emmerdale spoilers reveal that Jamie is consumed by guilt over what he did to Moira. He reaches out to Belle and asks her to have a drink with him. However, he gets to his lowest point when she refuses. Will Belle tell him about what Andrea said that sent her running? Or has Andrea successfully gotten rid of Jamie’s mistress for good?

Meanwhile, expect Andrea to slip up and tell Kim Tate (Claire King) about Jamie being the one to hit Moira. The jilted wife turns her mistake into an advantage and threatens both Kim and Jamie. She tells them that if either of them crosses her, she will report the truth to the police. However, Kim doesn’t scare easily and most likely already has a plan.

Which storyline are you looking forward to the most during the week of July 20? What do you predict is going to happen with your favorite characters?