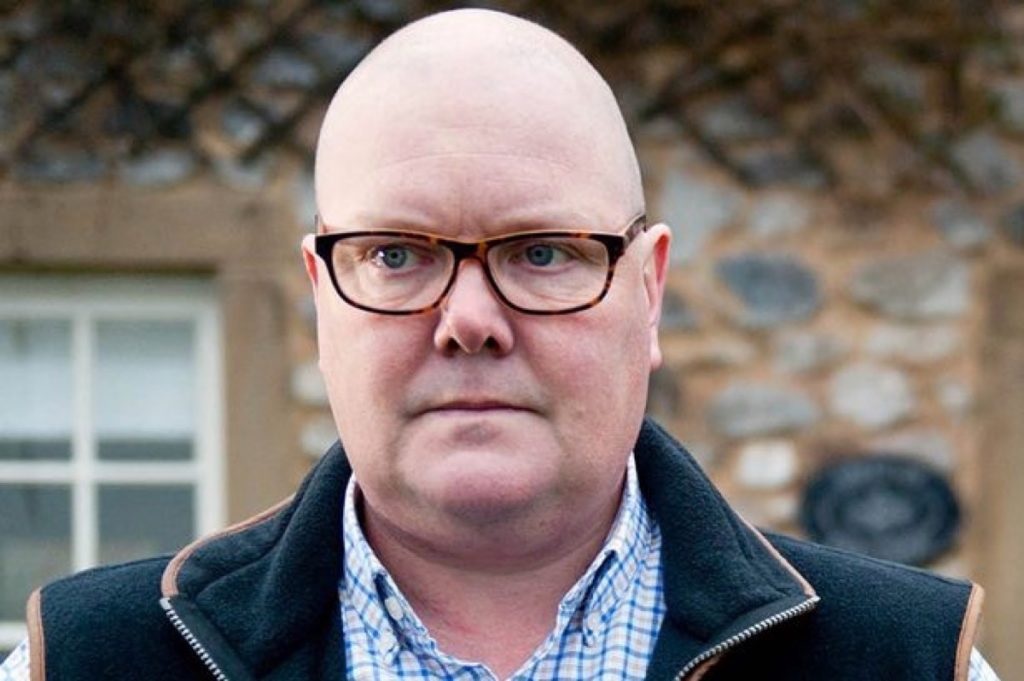 Emmerdale spoilers reveal that quarantine episodes are currently airing. We’ve seen how a few characters have coped with the isolation, boredom, and stress of lockdown. On Monday’s episode, Paddy Kirk (Dominic Brunt) and Chas Dingle (Lucy Pargeter) were featured. Brunt discussed the couple’s strained relationship and what could happen next.

The couple has been through a lot and recently just went through a few harrowing events. Adding to the stress of that is the fact that they have a baby to take care of. That could put a lot of stress on anyone.

Not too long ago, Paddy was racing to get Marlon Dingle (Mark Charnock) to the hospital. During the commotion, Paddy forgot that his baby girl was in the backseat. She was left there in her carseat and when Paddy returned, the baby was gone. Later, she was found safe and sound, but a secondary issue popped up.

Social services got involved and investigated Paddy and Chas. Then, he didn’t show up to a meeting with the caseworker, leaving Chas to come up with an explanation and hoping it wouldn’t cause her to lose custody.

Even though those situations have passed and everything turned out okay, the stress of it still lingers. Even though she might not say it out loud, Chas must still have resentment and anger over the events. Even though Chas is managing to keep the income coming in, it’s not just the money that creates an issue. Then, you add a baby to the mix, along with Paddy ranting about farmers and social distancing. All of that builds up and it can definitely make anyone frustrated and annoyed.

Even though Chas indicated to Paddy it was about her appearance, there is a deeper issue going on. In fact, one statement Chas made reveals that she’s exhausted, overwhelmed, and needs some help with the baby. She says,

“Maybe I don’t want to look like some dowdy woman who’s only here to cook, clean, and change nappies.”

So, what is really going on with Chas and will Paddy’s relationship survive? According to The Sun, Brunt explained what is getting underneath Chas’ skin,

“Chas has had the bulk of the childcare and is, to some degree, more isolated than he is. He’s also not very aware of others’ feelings and he’s clumsy emotionally. He’s still a bit of a puppy and not very worldly so he misses the subtleties of people’s emotions. As usual, he doesn’t read the signs straight away and should have seen Chas was unhappy months ago. I just hope he’s not too late.”

As for the future of Chas’ relationship on Emmerdale, Brunt would only say that Paddy will try to do whatever it takes to save his marriage. He loves Chas and loves baby Eve. It looks like we are going to have to wait and see what the future holds for this family.