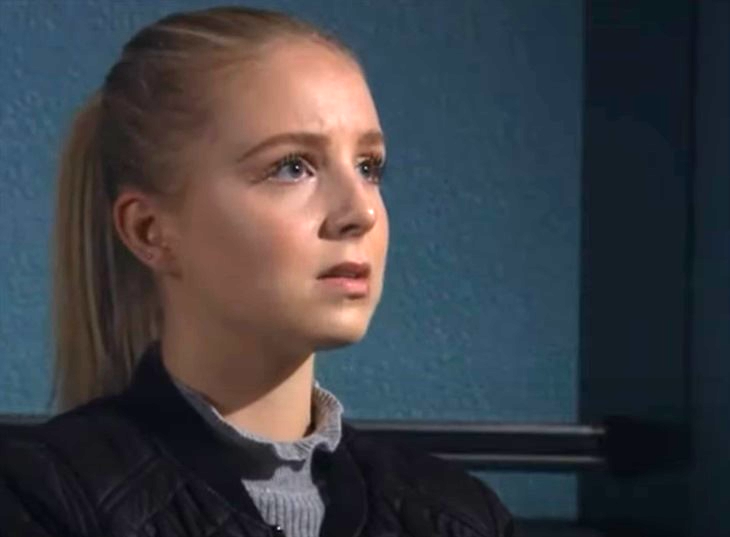 ITV Emmerdale spoilers reveal that Belle Dingle (Eden Taylor-Draper) is starting to hear voices, one of which is her dead mother. Viewers predict that Jamie Tate (Alexander Lincoln) will use the psychosis to his advantage. However, the actress teased that Belle’s mental health spiral and a massive impact that could change absolutely everything.

When Belle got involved with Jamie, she had no idea of what would happen in the future. She certainly never predicted a hit-and-run, disposing of car parts in a lake, pretending to love a man, being disowned by the Dingle family, and that she would be set up to take the fall for a horrendous crime. It’s a lot for anyone to deal with and for Belle, she has been overwhelmed by stress. This has triggered her psychosis and now she’s hearing voices, including her dead mother’s.

Speaking to The Sun, Taylor-Draper said that Belle’s mental health spiral will have a massive impact. It won’t just affect Belle, but it could change the lives of everyone around her. In fact, her dead mother’s voice is urging her to get revenge and puts the blame on one person in particular.

The actress also explained that it’s not just the stress that is causing Belle to spiral downward. She has felt really alone for a long time, especially when she pretended to choose Jamie over her own family. The family’s reaction and her being an outcast had a profound effect on Belle. Even though the truth is out now and she has her family back, Belle still feels like she is all alone in the world.

“There’s the stress of the situation and Belle hasn’t really had anyone there for her, especially when she was pretending to love Jamie – she felt very alone. Even though the Dingles have now forgiven her for what she did, she still feels cast out.”

Emmerdale spoilers reveal that when Belle hears her dead mother’s voice, she listens to it because it is comforting. Then, the voice begins to tell Belle who is to blame for all of her problems. It is Andrea Tate (Anna Nightingale). In Belle’s psychotic state, the voices tell her that Andrea must be punished.

Will Belle Dingle kill Andrea Tate or will someone realize that she isn’t in her right mind? Will Jamie Tate continue trying to get the young woman to take the fall for his crime or could there be an unexpected twist? We will have to keep watching to find out.