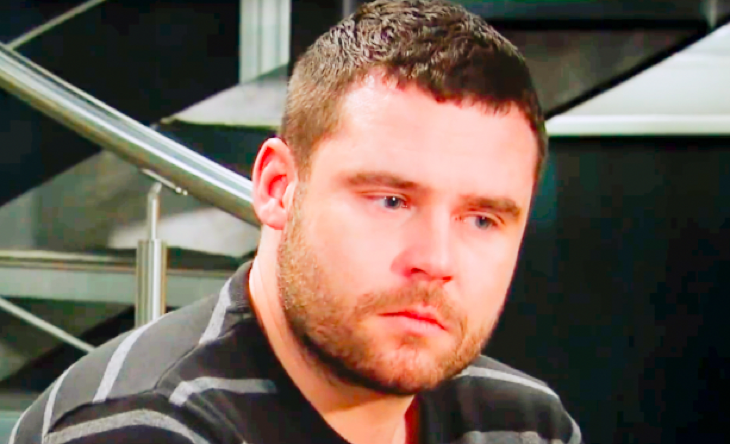 Emmerdale spoilers hint that Aaron Dingle (Robert Sugden) may be put in the middle of the drama involving DI Malone (Mark Womack). This may mean that he will be put into danger, which may work in favor of Cain Dingle (Jeff Hordley) as he may decide that he should take DI Malone down. Could this be the motivation that he needs to take down the evil DI Malone?

Ever since DI Malone popped up in Emmerdale, things have gotten crazy for Cain, Billy, Will as they all get involved in his game, hoping to find a way to point it in her favor. This has proved to be difficult for Cain and Billy, while Will has decided from day one not to cross DI Malone, which lead Will to torch the 4×4 that they kept as evidence or leverage against DI Malone.

This resulted in DI Malone getting even by framing Billy for beating someone up, which forced them to have to work for him. He says that it will be the last job that he will need to be done, but could this be a lie? Cain seems to this so, as he makes it clear that he has no reason to believe the words that are coming from DI Malone.

Cain is ready to find a way to take down DI Malone, but things may get more complicated as he realizes that Aaron is involved in the DI Malone drama as well as DI Malone uses him as leverage against Cain to get him to do what he wants. Well, with Aaron’s return to Emmerdale, he has made it know Emmerdale Spoilers: Aaron Pushed In The Middle Of DI Malone that he wants to reconnect with Cain and wants to have pizza as well as hang out.

However, worried about Aaron being in danger by hanging around him, he discourages the idea of them hanging out at least for now. However, Aaron is already suspicious that something is going on after seeing the unlikely three, Cain, Billy Fletcher (Jay Kontzle), and Will Taylor (Dean Andrews) hanging out while having a chat. Will this lead to Aaron looking to what is going on and stumbling into the DI Malone drama?

Viewers may find that Aaron will be the next person involved in the DI Malone Drama while Cain tries to take DI Malone down. What do you think? Will Aaron find himself in the Drama with DI Malone? Will Cain be able to take DI Malone down? Be sure to catch up on everything happening with the soap right now. Come back here often for Emmerdale spoilers, news, updates, and rumors!

General Hospital Spoilers: Jason And Carly A Possibility Now That Sam Is No Longer In The Picture

Days of Our Lives Spoilers: Sarah Learns The Truth About Her Baby – Lashes Out At Xander On Their Wedding Day