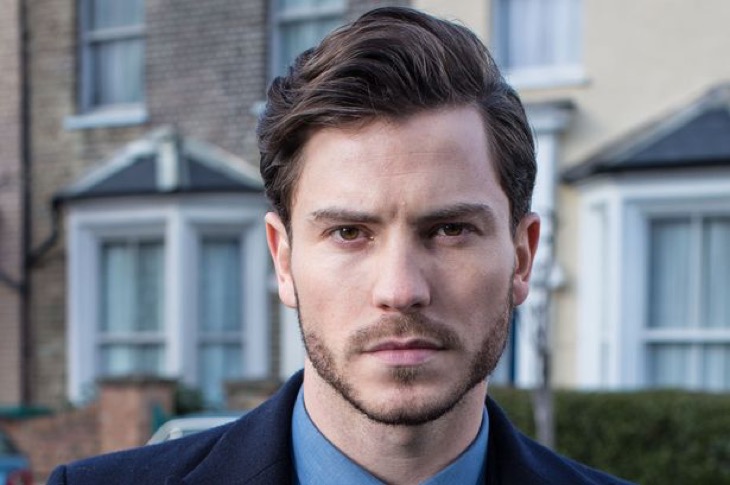 BBC Eastenders spoilers and updates reveal that fans keep waiting for the truth to come out about Gray Atkins’ (Toby-Alexander Smith) abuse. Whenever he physically harms Chantelle Atkins (Jessica Plummer), there is always some sort of excuse. When will people realize that he’s terrorizing his own wife? When will she get free? The actor gave some insight into the lawyer’s future.

Eastenders fans have watched as Gray has abused Chantelle. Not too long ago, he beat her so badly that she could barely stand up. When is he going to be exposed for the monster he is? No matter how it’s “justified,” there is never any good reason for abuse. Yet, we keep seeing Gray abusing Chantelle being kept secret. When will justice be served and when will Chantelle finally be free?

Smith was asked about the abuse storyline by Metro. The actor hinted that while justice could happen at some point, it might not be what fans hope for.

“We’ve seen there are redeeming qualities with Gray – we saw him in therapy, which exposed his vulnerable side and he started to accept what he’s doing. But he’s so tuned in to this abusive behavior and diminishes it too easily. He brushes it under the carpet, it’s too easy for him. In the real world, Gray facing consequences is something everyone would like to see but whether or not that happens, I don’t know.’”

Justice — But Not The Way Fans Want

Eastenders spoilers suggest that there are many different ways this might go based on what Smith said. Perhaps he gets help and never touches Chantelle again. That is extremely rare in the real world, so it wouldn’t be believable in the soap. Maybe he ends up killing Chantelle one day. If he does, would justice be served by sending him to prison, or would he get away with it?

The best outcome would be for his abuse to be exposed publicly, him to pay the consequences, and Chantelle to be free from the marital terrorist.

Smith told the publication that playing Gray has been the hardest role of his career. This is because Gray is not 100 percent evil. He is multi-layered and complicated. There is vulnerability and aggression. There is confidence and insecurity. There is the nice guy the public sees, then the monster he becomes behind closed doors.

#EastEnders Spoilers: Keegan Wants To Leave Walford With Karen – Will He Leave Tiff Behind? https://t.co/MXlvrWhUT7

Smith also confirmed that he is working closely with Women’s Aid. In addition to that, he takes precautions with his co-star, Jessica Plummer. He always wants to be sure that she feels comfortable and safe, especially when the scenes get so intense.

What do you think will happen with Gray and Chantelle in the next few months? Will there finally be justice? Will the abuse end? Could Chantelle finally escape? We will have to keep watching the soap to find out.

Days Of Our Lives Spoilers: Olivia Rose Keegan Talks Her Character and Her Comeback To Salem