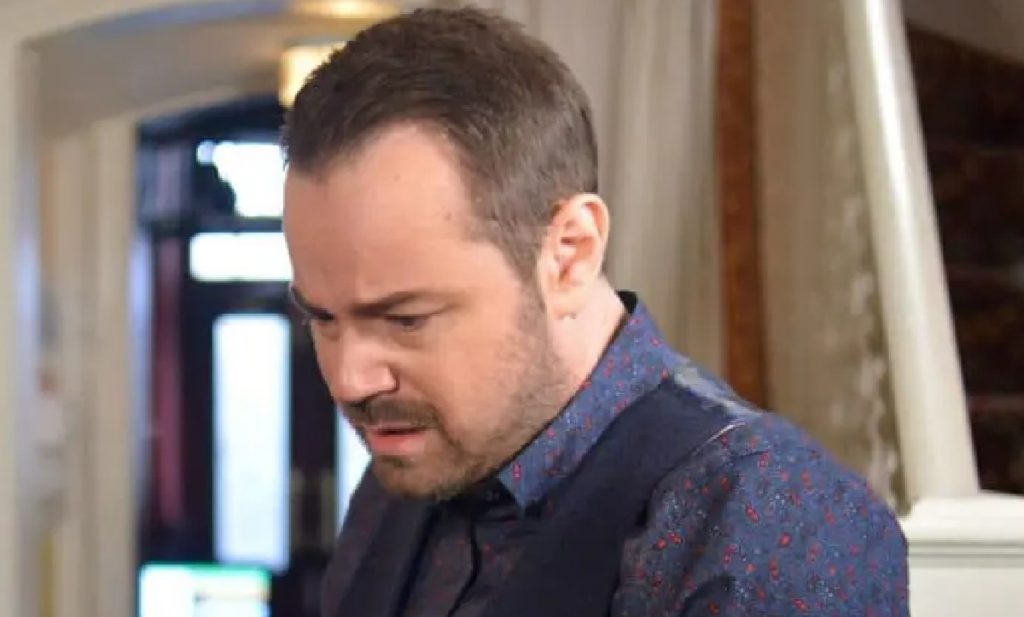 EastEnders spoilers reveal that Phil Mitchell (Steve McFadden) could come out smelling like a rose after a brazen move which would leave a fall guy taking the rap.

Phil’s money from his latest shady job is used to pay for the Queen Vic but in the end Mick Carter (Danny Dyer) could be set to take the fall.

Phil is involved in a dramatic mix-up after his latest job .  In what seems like déjà vu all over again, Phil’s dubious deal with an old business partner could result in an innocent party being harmed.

Phil has made no secret of the fact that the wants The Queen Vic back. In 2013 Mick and Linda Carter (Kellie Bright) became the most recent landlords, but due to troubling circumstances they have decided it’s best to sell.

Prior to the Carters’ run, Grant Mitchell (Ross Kemp) was pub landlord in 1991 with Sharon Mitchell (Leticia Dean) the landlady. From that time it was owned by the Mitchell family until 2009 when Peggy (Barbara Windsor) and Archie (Larry Lamb) gave it to vixen Janine Butcher (Charlie Brooks).

BBC EastEnders spoilers – Will Mick go to jail for no good reason?

Linda is a recovering alcoholic so it makes sense that living in a pub isn’t in her best interests.

After a tumultuous year that saw them almost divorce, the pair decided to give their marriage a second chance and make a fresh start of life in a new venue.

Conveniently, they will see a house they want to rent, and knowing that Phil wants to buy the pub, they think all is good.  Except you know what they say about counting your sheep before they’re hatched.

Phil is what he is, and that’s a shady guy. His latest job has resulted in him having money, but it’s simply no good.

Phil wants to impress his estranged wife Sharon by giving her the pub back which leads to him pressuring the Carter’s to sign the contract.

The pair are aware that Phil’s money is dirty but they are desperate to start a new life and put the pub behind them.

EastEnders News & Soap Spoilers – Should the Carter’s take the bait?

The Carter’s are on the horns of dilemma, but they have no idea of the outcome prior to acting. If they take Phil up will it have terrible consequences?

Or should they play it safe and hope for better days?

The risky job will continue to have negative effects after the fact but what if Mick is the one who gets tagged for the misdeed?