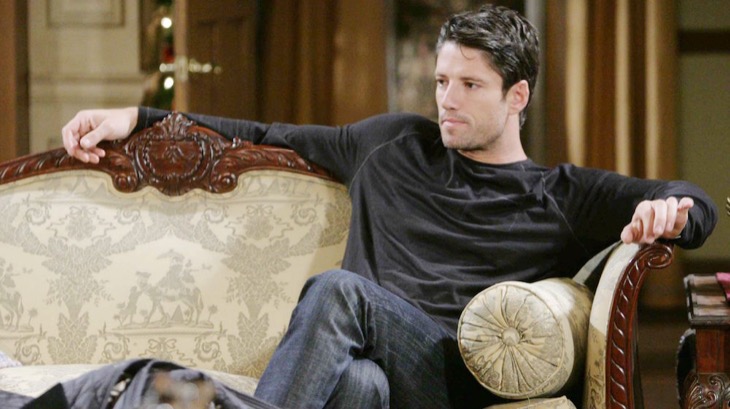 NBC Days of Our Lives spoilers and updates reveal fans all remember EJ DiMera. Even though actor James Scott has no interest in coming back, that doesn’t mean the character is gone forever. We think it’s about time for a recast. So, why should the NBC soap opera bring back this character? We have five very good reasons why we want EJ DiMera back.

They gave him the shot and left it at that. As fans know, that is usually a sign the story will be picked up again later. With everyone else being brought back from the dead, how about fan-favorite EJ?

Chad DiMera (Billy Flynn) is leaving with Abigail DiMera (Kate Mansi) so she can get treatment in Florida. However, with Chad gone, then who is going to keep Gabi Hernandez DiMera (Camila Banus) from getting her paws on DiMera Enterprises? With Gabi believing that Jake Lambert (Brandon Barash) is Stefan DiMera, we can see her using the mechanic to get back in.

We know that Vivian Alamain (Louise Sorel) is returning, which could also spell trouble for the company. So, a decent DiMera is what is needed the most.

DOOL spoilers confirm that Sami Brady (Alison Sweeney) returns to Salem on occasion. In fact, she’s coming back for a summer 2020 story. However, when characters leave, they should get a happy ending. Sami might be mischievous, but she is adored by viewers. It would be perfect to hear that EJ and Sami were able to have their happy ending, even if it’s off-screen.

During the past few years, the writers keep dropping that EJ is alive and getting medical treatment in another country. Apparently, the resurrection injection is not perfected, which means it has unstable results.

It was previously teased that EJ wasn’t one of Dr. Rolf’s success stories, but he is alive. They wouldn’t do that unless they planned on bringing him back, right? Come on, write an ending instead of just leading us on!

Days of Our Lives spoilers teased that there would be a DiMera family reunion. It wasn’t the whole clan, but included the “essence” of Stefano DiMera (Stephen Nichols), Tony DiMera (Thaao Penghlis), Kristen, and Chad. All of them are either gone or will be soon. The brain chip was removed from Steve Johnson (Stephen Nichols), so no more “Steve-ano” either.

With the DiMera family dwindling in number once again, we need some new blood or someone to come back. Since fans loved EJ, we think it’s time for him to come back home.

Be sure to catch up on everything happening with DOOL right now. Come Back here often for Days of Our Lives spoilers, news, and updates.