Eastenders Spoilers: Whitney’s Offer To Gray Could Be Biggest Mistake Of Her Life 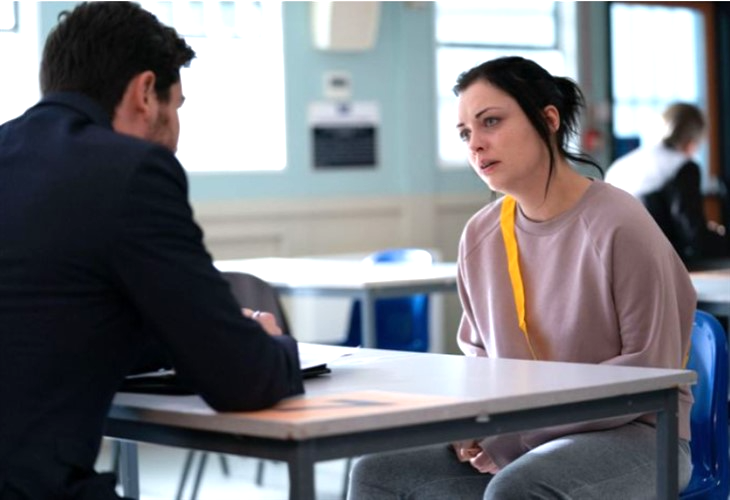 Eastenders spoilers for the week of November 9 reveal that in Walford Whitney Dean (Shona McGarty) tends to get in one dangerous situation after another. It seems that trend will continue as she makes Gray Atkins (Toby-Alexander Smith) an offer. It might be the biggest mistake of her life. Will she suffer the same fate as Chantelle Atkins (Jessica Plummer)?

It has been several weeks since Chantelle died. Viewers were hoping that the police would realize the truth. There was also speculation that someone could figure out the truth or the abuser would confess. Even though Gray came close a few times, to tell the truth, it never happened. But there has to be a resolution to this story at some point, right?

Eastenders spoilers for the week of November 9 reveal that Whitney will make Gray an offer. She offers to watch his children once he gets them back. Whitney is grateful for Gray defending her in court, even though he nearly destroyed her chances of going free. There was also that time when Whitney kissed him. He didn’t let it go further and it’s unclear if she actually has an attraction for Gray or if it really was a mistake.

Whitney has a tendency to get involved with some pretty nasty characters and it has put her in danger more than once. Some people are attracted to danger. Now, it’s true that Gray is putting on a facade for everyone. His abusive nature is being kept a secret for the most part. However, abusers can’t go long without a victim, someone to use as a human punching bag.

Biggest Mistake Of Her Life?

Whitney doesn’t realize it, but Gray isn’t the hero and good guy that she thinks. Her offer will get her closer to Gray and it is suggested that they might end up in a romantic situation. If that’s the case, it won’t be long before Gray starts abusing her.

If this happens, there are a few different outcomes that could happen. She might expose his true colors the first time he hits her. Or she could lose her life, just like Chantelle. Another possibility is that while looking after the children, Whitney could come across information or evidence of Gray’s evil ways.

Days Of Our Lives Spoilers Next Week: Abe And Eli Are Busted! Lani Confronts Father And Husband