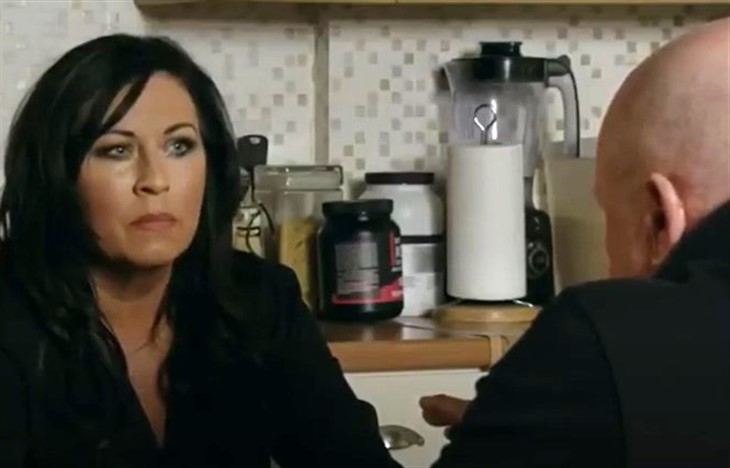 BBC Eastenders spoilers reveal that the Slater family is going to continue to have financial issues. Kush Kazemi (Davood Ghadami) is gambling and stole money from the register at the club. Next, in Walford Kat Slater (Jessie Wallace) will try to make Phil Mitchell (Steve McFadden) an offer, which he refuses. Could she take a huge risk and steal from him, leading to even more problems?

Things weren’t exactly easy for the Slater family. However, their financial situation will get even more difficult because of the sudden rental increase. Suki Panesar (Balvinder Sopal) strutted in one day and decided to raise the rent. When the tenants asked why Suki said it was because there are more people living in the house now. She didn’t give them a lot of time to come up with the extra money, either.

Eastenders spoilers reveal that during the lockdown, Kush began gambling online. He doesn’t realize that he has become addicted and it will just get worse. He thinks because he won once that he will continue winning. However, that won’t be the case and he ends up stealing from the register at Ruby Allen’s (Louisa Lytton) club. She gives him a chance to make things right but he lies and claims not to have done it.

Then, he falls for Suki’s trap and tries playing poker with the Panesar matriarch and her sons. It is an unwise move that could end up costing the family everything.

According to Express, the family will end up scraping together the rent for the current month. However, they still have next month to worry about. Even Stacey Fowler (Lacey Turner) manages to get a job. However, Kat will try to make an offer to Phil, but he turns her down. So, she comes up with another idea. She asks Phil if she can clean his house, but is she really just looking for extra work or does she have another agenda?

Eastenders spoilers suggest that Kat could just want access to Phil’s house in order to steal from him. Phil and the Slater family have a lot of bad blood and tense history. So, it would give Kat two reasons to steal from him. The first to get money to prevent her family from getting evicted.

The other to pay the Mitchells back for the things they have done. However, Phil isn’t exactly the safest person to cross. Could Kat end up making her family’s problems even worse?