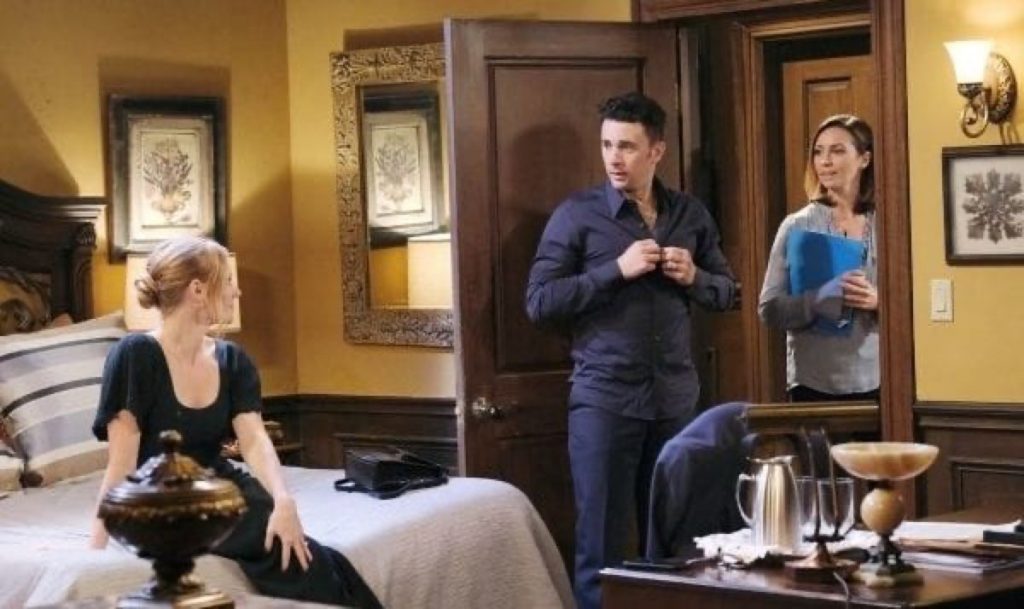 Days of Our Lives spoilers for November sweeps reveal that in Salem Abigail DiMera (Marci Miller) does go missing. However, she won’t be gone for long. We know this because head writer Ron Carlivati teased that “Chabby” will go through a rough patch in their marriage. It revolves around Jake Lambert (Brandon Barash). However, there will not be a love triangle in this storyline.

Days Of Our Lives Spoilers  Insights

DOOL spoilers reveal that Chad DiMera (Billy Flynn) recently learned that he has another brother. However, it hasn’t been one big happy family. Chad and Jake are both headstrong, determined, and stubborn. They also will use anything and everything to fight with one another and cut each other down.

Chad certainly is stubborn when it comes to his brother. He hasn’t really given the guy a chance, but it is somewhat understandable. As Chad said, every single time he sees Jake’s face, he’s reminded of what Stefan DiMera did to Abigail. At the same time, Jake isn’t exactly making it easy for Chad to get to know him and realize he’s nothing like Stefan.

Days of Our Lives spoilers reveal that Abigail has been trying to make a path so Chad and Jake can get to know each other better. Or at the very least, be civil to one another. However, she isn’t having much luck with convincing Chad and it will create some problems in their marriage, head writer Ron Carlivati told Soaps.com

“Abigail thinks they should give Jake a chance and that, if they’re all going to be living under one roof, they should try and make the best of it. Chad is having none of it. He doesn’t trust Jake, and the guy rubs him the wrong way. That will cause some friction between Abigail and Chad, which gives Gwen the opportunity to step in and exploit that.”

However, viewers should not expect Abigail and Jake’s relationship to turn into anything romantic. The writers went down that path in a very twisted and sick way with Stefan. That is not going to happen with Jake, Carlivati confirmed.

“I feel like we sort of played that angle with Stefan. So while there are certain underlying elements which might feel similar, that is definitely not the direction we’re going in.”

Eastenders Spoilers: Whitney’s Offer To Gray Could Be Biggest Mistake Of Her Life