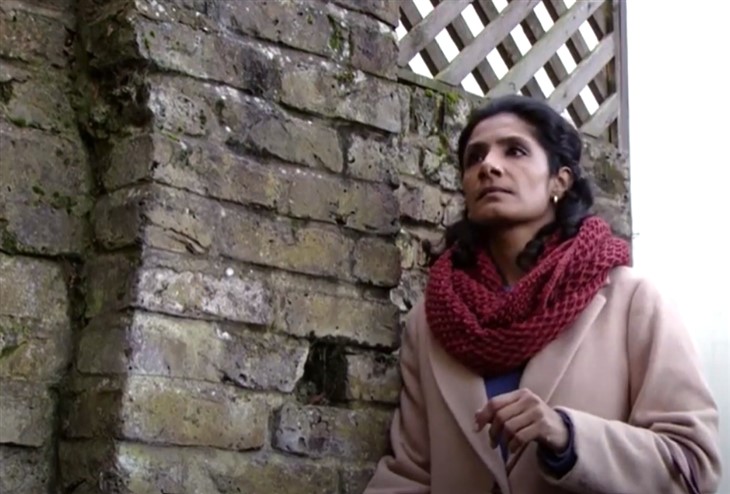 BBC Eastenders spoilers reveal that Suki Panesar (Balvinda Sopal) is going up against Gray Atkins (Toby-Alexander Smith). It’s likely she already suspects he’s abusing Chantelle Atkins (Jessica Plummer). When the two face-offs, could the matriarch force Gray to flee or have his secret exposed? If so, could Chantelle’s freedom come with a price?

Before the BBC soap went on hiatus, Gray had a chat with Suki. He informed her that Chantelle would no longer be working for the Panesar family. Gray expected it to be a quick discussion and probably didn’t anticipate the matriarch putting up a fight. She didn’t believe Gray’s story, asked why Chantelle didn’t come herself, and called the lawyer out on his jealousy.

Eastenders spoilers reveal that just before Suki left the room, she issued a veiled threat. Not backing down and used to getting his way, Gray took action. He snapped photos of paperwork that was on the table, which seemed to be business documents. He will likely use this as leverage or to get revenge.

However, fans know just how sly, sinister, and manipulative Suki can get. Gray really doesn’t understand that this isn’t some old lady who will back down. Suki has no limits when it comes to accomplishing her goals. She does whatever it takes and always ends up with the upper hand.

Suki has taken a liking to Chantelle, but probably knows she is hiding a secret. Suki is intelligent, observant, and perceptive. She most likely already knows that Gray is abusing Chantelle. It is possible that if Gray pushes too hard, Suki will push back with a vengeance.

There is speculation that Suki will blackmail Gray. So, he could leave Chantelle in order to prevent his abuse secret from coming out. It would destroy his reputation, career, and could send him to prison. He will try to fight back, but at the end of the day, Gray might be backed into a corner.

#Eastenders Spoilers: Is A Shocking Comeback For Janine Butcher In The works? https://t.co/Tp4E9OwEUM #

While this could free Chantelle, Suki never does anything unless it benefits her somehow. We have reason to believe that it’s not just because Chantelle’s a good employee or a friend of the family. Knowing the Panesar matriarch, she might remind Chantelle that she owes her in the future. However, is freedom worth it, no matter how much it costs? Or could Chantelle be put in an impossible situation?