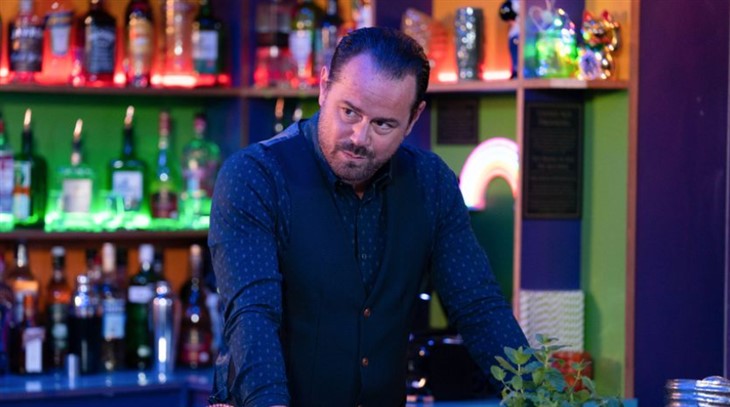 BBC Eastenders spoilers reveal that Mick will try to curb Linda Carter’s (Kellie Bright) craving for alcohol during Frankie’s Drag Bingo. He makes her a mocktail, but it’s not quenching her thirst. She takes a sip of an alcoholic drink and ends up getting caught red-handed by her husband. Will this tiny relapse turn into a much bigger problem again?

Mick, Linda, and Sharon Watts (Letitia Dean) join forces for Frankie’s Drag Bingo. However, this puts Linda smack in the middle of temptation. Mick stays busy behind the bar getting everyone their drinks. Meanwhile, Linda is really struggling to stay sober with all that alcohol around.

Eastenders spoilers reveal that Mick tries to help his wife deal with temptation by making her a mocktail. However, it doesn’t give her the same feeling that a real drink does. The struggle begins to intensify with each moment as she watches everyone enjoy an alcoholic drink except for her.

When Linda thinks Mick isn’t looking, she decides to sneak a sip of an alcoholic drink. However, Mick catches her red-handed and calls her out on it. Linda is horrified at what she has done and all those months of staying clean ended up being ruined by one tiny sip. She gets frustrated with herself because they gave up so much in order to make sure Linda could stay clean. At the first public event since lockdown ended, Linda succumbs to temptation.

Confiding In Another Man

It is teased that Linda will need to talk to someone about what she is going through. She ends up turning to another man and unloading all of her pain and frustration. However, will the person she leans on cause problems in her marriage? How will Mick feel that his wife isn’t turning to him for support, but someone else? It was confirmed by show bosses during the hiatus that Mick and Linda would both keep secrets from each other.

It was also stated that a newcomer is interested in one of the Carter family members. We seem to already see that with Mick and Linda’s young son, which is not what we were expecting. What happens next could just further drive the Carter couple apart. We will have to keep watching the soap to see how this story unfolds.