EastEnders Spoilers: Keegan Wants To Leave Walford With Karen – Will He Leave Tiff Behind? 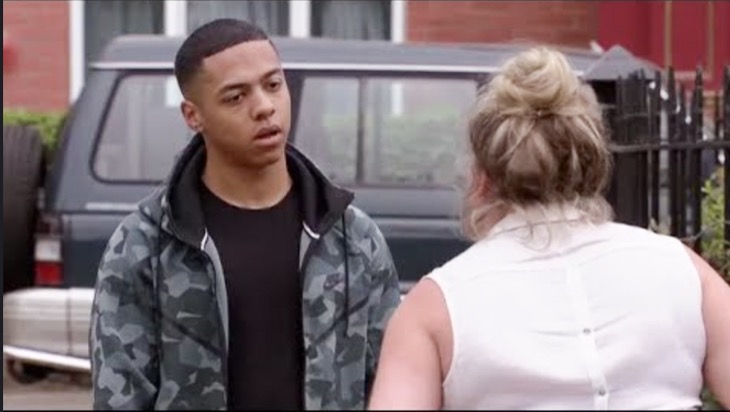 BBC EastEnders spoilers and updates hint that Tiffany (Maisie Smith) and Keegan (Zack Morris) relationship may come to an end in upcoming episodes. Tiffany and Keegan have been met with difficulty in recent episodes, and this has caused them to began drifting further apart. It seems that this will only get worse in upcoming episodes as Keegan finds himself wanting to leave Walford with Karen.

Although the couple seemed to be getting back on track after the events of the video being leaked by Keegan proving his innocence but also risking Jack’s job, things began to go downhill very quickly. Last week, Keegan opened up his food truck, but as he was working, a customer assumed that he was a drug dealer.

It was revealed that he did not have insurance, which prevented them from getting the van fixed. They both go to the going away party for Karen and Kayden. There Tiff tells Karen about the food truck, and Karen comforts Keegan. It seems that Keegan may be looking for a fresh start. He may make the decision to move away with his mum. As of right now, Karen is planning on leaving Walford along with her baby grandson, Kayden.

However, Sharron may change her mind about giving Karen, Kayden, which could lead to her staying in Walford. As of now, Keegan will be on board to leaving with her. Tiff is surprised when she bumps into Keegan at the café. She is left upset when she learns that he does not want to talk to her.

One London borough. One year. And a whole heap of drama.
Take a look back at some of the best moments from the last twelve months.

Vote everything #EastEnders in the TV Choice (https://t.co/UlqI2vnvfR) and Radio Times Awards (https://t.co/xMlOcfm0gH). Thank you! pic.twitter.com/EV7BdAP4tb

She leaves but tries to talk to him later on. However, could this be the end of the two? Things may not work out between the couple as they see things differently and outside forces continue to play a part in their relationship.

Will they last or could this be the end? Watch EastEnders from Monday and Friday at 8 pm and Tuesday and Thursday at 7.30 pm on BBC One to find out what happens next.