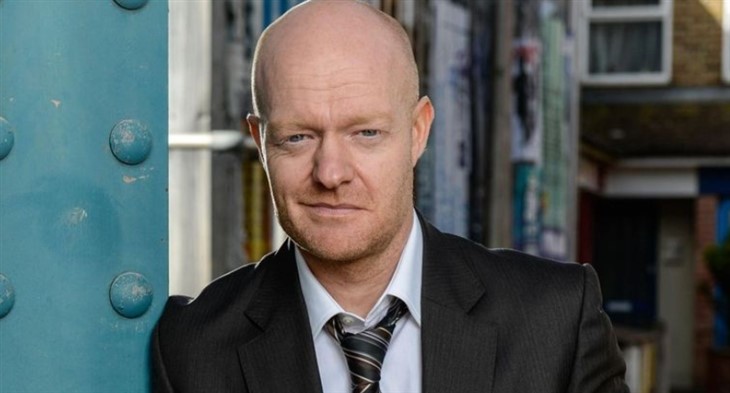 BBC Eastenders spoilers reveal that when the soap returns, expect to see a lot of the old Max Branning, including his shenanigans. Actor Jake Wood talked about what viewers can look forward to. While he couldn’t share details, he did say Max would find himself in an unpleasant and surprising situation. Keep reading to find out more about what the actor said.

Eastenders fans know that Max has been through some tough situations in the past. Once, he was buried alive. Another, he lost his daughter. Then, there was the time when he had to face the entire Square during his time working for James Willmott-Brown (William Boyde). It seems that there is another difficult time coming up for the character, based on Secrets From the Square.

The actor discussed the television series how things have been going since he returned to filming the soap opera. He indicated that he (and his character) have been quite busy. He also teased that there is a different, surprising, and unpleasant situation ahead for Max.

It seems that Max has gotten himself involved in a situation. However, it doesn’t appear that we are going to be able to guess what it is. Not only is it unpleasant, but it’s unexpected and different, as well. The actor explained,

“Max has been really busy since we’ve gone back. He’s got embroiled in a very unpleasant situation and in a completely different situation something very surprising and unexpected. It’s been really busy but it’s great stuff, they’re great scripts and true to form. It’s definitely Max Branning doing what Max Branning does. The viewers will be pleased to see him back getting up to his old shenanigans.”

Some fans are speculating that Max is getting himself into trouble due to his womanizing ways. He also has a tendency to get involved in some shady dealings. What exactly is he getting himself into now? Well, the actor couldn’t reveal any clues. That means we will just have to wait for new episodes to air in September to find out.

Wood also talked about how proud he is to be part of the soap opera. He said,

“We have great actors, we’ve got great characters and great storylines. And I think when you get a combination of those things it always makes for compelling viewing. EastEnders has consistently done that over the years and it’s a show I’m extremely proud to be a part of. Long may it continue.”

Prince William And Kate Cooked For Meghan, Took Her To Wimbledon, Invited Her To Christmas – How Were They “Unwelcoming?”