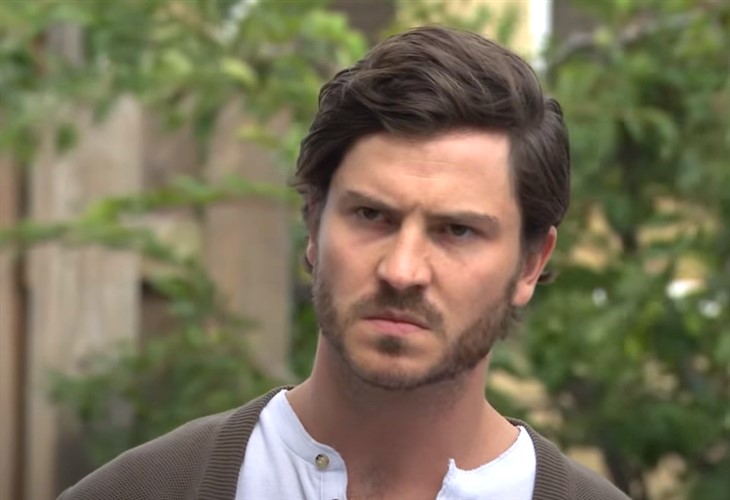 BBC Eastenders spoilers reveal that Gray Atkins (Toby-Alexander Smith) is responsible for Whitney Atkins’ (Jessica Plummer) death. He has been cleared of any wrongdoing, but his guilt will continue to consume him. He is lashing out at others, blew up at Whitney Dean’s (Shona McGarty) trial, and is practically non-functional. Will the guilt eventually lead to him confessing?

Gray has abused his wife ever since they were introduced to the soap. Finally, Chantelle made the decision to leave him. However, Gray was suspicious and knew something wasn’t quite right, especially after he tracked, followed, and practically stalked her. When Chantelle finally told him that she was taking the children and leaving, the two got into a big fight. That is when Chantelle ended up falling on the dishwasher drawer and died after being impaled.

Gray might have gotten away with the crime, but only for the time being.

Eastenders spoilers reveal that Gray flipped out at Whitney’s trial, but that won’t be the only lashing out he does. When Linda Carter (Kellie Bright) notices he didn’t pick up the kids from school, she does it for him. She notices that he is sleeping and cleans up the destroyed home. However, when Gray awakens and discovers Linda washed Chantelle’s mug, he goes berserk.

Linda will end up telling what happened to her mother-in-law. There are also other people talking and eventually, they are going to realize the truth.

Gray is clearly unraveling and that will continue. His guilt over Chantelle’s death is eating him alive. It will keep building and building until he has no choice but to release it somehow. Until then, his kids really aren’t being taken care of, as one of them kept telling him they had no more food. The home is in shambles and is clearly unsuitable for children. Plus, he keeps oversleeping and is basically non-functional.

It is clear that the guilt will prove to be too much for Gray. Eventually, he won’t be able to continue on and will end up confessing. However, when will that happen and what will be the consequences? We will have to keep watching to find out how this story ends.