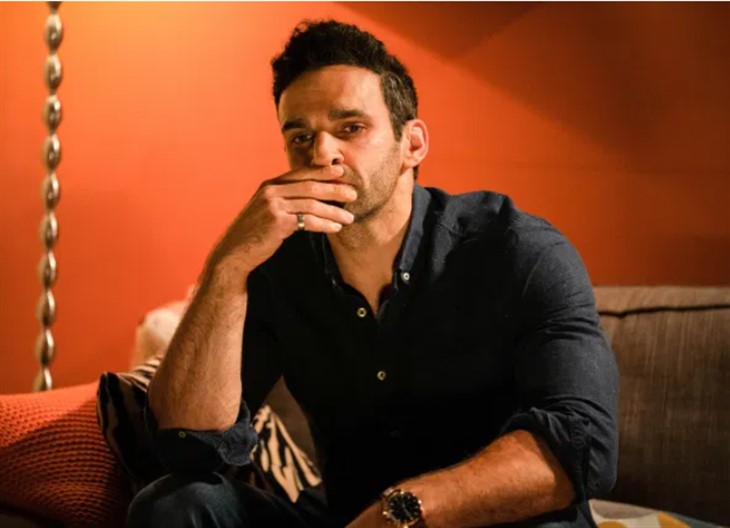 Eastenders spoilers reveal that in Walford Kush Kazemi (Davood Ghadami) was arrested during the insurance company robbery. With the actor’s upcoming exit confirmed, many fans are speculating that Kush will be sentenced to prison, giving him an exit story. It would also keep the door open for him to return at a later time. Keep reading to find out more information.

Kat Slater (Jessie Wallace) managed to convince Phil Mitchell (Steve McFadden) to work with her on a robbery job. However, she made a last-minute change and announced Kush would be the driver. Phil and Ben Mitchell (Max Bowden) weren’t impressed with the news. However, Kat got what she wanted, but now there will be a price to pay.

Eastenders spoilers reveal that first, Kush gave them the wrong security code, which cost them precious minutes. Meanwhile, Ian Beale (Adam Woodyatt) tipped off the police, who showed up during the robbery in progress. While Phil and Ben were able to get away, Kush stalled and ended up facing the police. Then, Callum Highway (Tony Clay) stopped the car from making a getaway. While Kush tried to flee, Callum and another police officer chased down the suspects. Kush tried to hide in the offices but was discovered by Callum.

It was previously confirmed that actor Davood Ghadami would be leaving the soap. He is reportedly making his big exit in 2021. It is teased that Kush’s last scene will be “explosive” and he will “go out with a bang.” With his gambling addiction, fans thought that would be his big exit. However, it seems more likely now that he will go to prison.

A spokesperson for Eastenders said, “We can confirm Davood will be leaving EastEnders when his contract comes to an end next year. Davood has been a wonderful addition to EastEnders and we wish him all the best for the future.”

It is clear that Kush will probably go down for the crime. Another possibility is that Kush might use Ben as a way to get a lighter charge and sentence. With the end of the year quickly approaching, the actor’s exit story should be revealed pretty soon.

What do you think is going to happen with Kush Kazemi? Will he go to prison for the robbery or could he use Ben Mitchell as a bargaining chip?