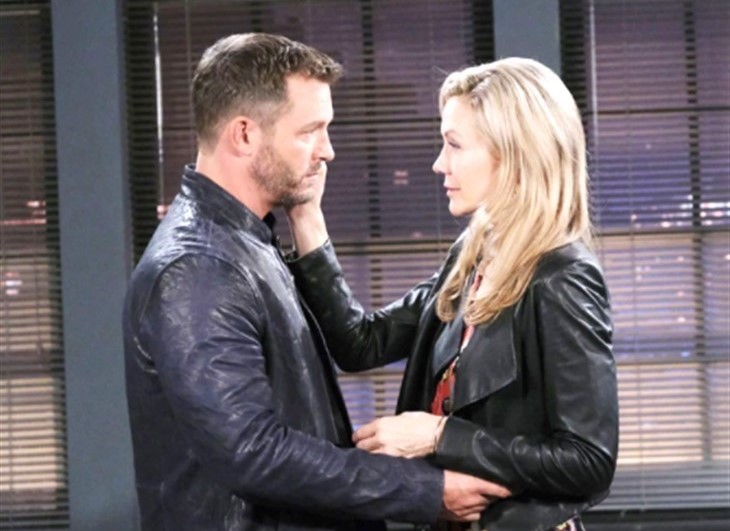 Days of Our Lives spoilers reveal that the winter promo is filled with so many teasers. Towards the end of the video clip, Kristen DiMera (Stacy Haiduk) is seen with Brady Black (Eric Martsolf) and Victor Kiriakis (John Aniston). She was sentenced to five years in prison, so that means she gets released early or her sentence is overturned. Keep reading to find out more information.

Days Of Our Lives Spoilers – Confession And Sentence

DOOL spoilers reveal that Eli Grant (Lamon Archey) was desperate to protect his wife. In order to prevent Lani Price Grant (Sal Stowers) from losing everything, including her freedom, Eli had to act fast. He secretly recorded Kristen’s confession, then admitted it to her and explained why. He coerced her into confessing, which led to her being sentenced to five years in prison.

Eli tried to keep what he did a secret from his wife, but she just found out. Next week, we will see her go to prison and apologize to Kristen. The inmate then urges Lani to forgive Eli. Since the winter promo confirms that Kristen is out of prison, she either gets released extremely early or a judge overturns the sentence.

Days of Our Lives spoilers reveal that one possibility is that Eli reports DA Melinda Trask (Tina Huang). Her actions might not have necessarily been illegal or evil, but they are questionable. A person in her position is supposed to have a high moral character. Plus, Abe Carver (James Reynolds) will not be pleased that Melinda used her personal feelings. He warned her not to let them interfere with her job.

So, perhaps Kristen’s confession will be thrown out because it was coerced. If it’s thrown out, then there is no case and she likely gets released based on that.

While some couples will go through troubled waters, the winter promo shows “Bristen” is pretty happy. Victor doesn’t seem too pleased about Kristen being in the Kiriakis mansion and she is acting very jolly, which is just getting on his nerves. However, soap opera couples never stay happy forever. That’s a guaranteed way to get written off of the soap! So, we expect Brady and Kristen to have some trouble after the New Year.