Days Of Our Lives Spoilers: Zoey Offers To Help Rafe, But Is She Playing Mind Games? 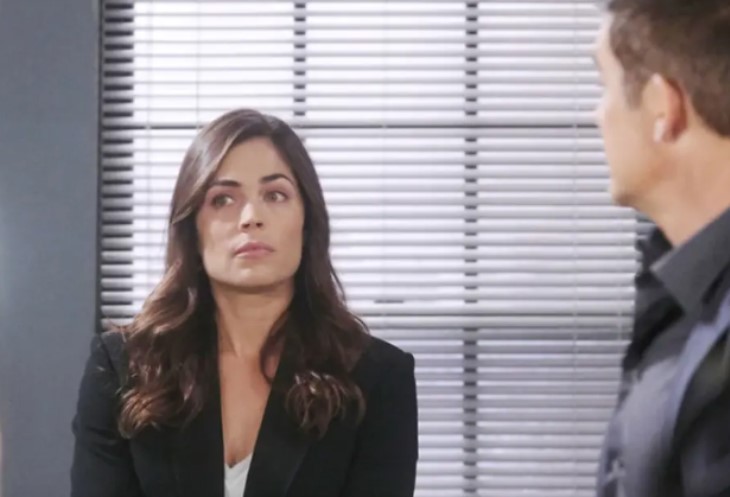 Days of Our Lives spoilers reveal that Zoey Burge (Kelly Thiebaud) is a complicated character. She’s Orpheus’ (George DelHoyo) daughter but does have a moral code. She offers to help Rafe Hernandez (Galen Gering) during May sweeps, but is it genuine? Or is she just playing mind games in order to win custody of David Ridgeway (Caleb and Kyler Ends)?

Days Of Our Lives Spoilers: Sarah Begs Rex to Keep Her Secret – But Will He Help Fugitive Ex?

DOOL spoilers reveal that we have finally met Orpheus’ two children. Despite being related, Zoey and Evan Frears aka Christian Maddox (Brock Kelly) are completely different. Evan is always getting himself in trouble and ends up doing his father’s bidding. However, Zoey has no issues standing up to her dad and believes in “trusting the system.”

Zoey is in a complicated situation. She wants to keep David in the family so Evan can still be in the child’s life. However, she also knows the evil her father is capable of, and how convincing he can be. We have already seen her take a stand against her father in certain areas.

However, just because she has a moral code doesn’t mean she’s a good girl. She is multi-layered and will be conflicted between family and justice.

Days Of Our Lives Spoilers – Negotiating With Rafe Hernandez

Days of Our Lives spoilers for May sweeps reveal that Zoey continues to battle Rafe. However, Soap Opera Digest stated that there will be a moment in which Zoey offers to help the police commissioner. But what is the real intention behind her offer? That is the big question and depending on how Rafe responds, it could end up in victory or defeat.

Just because Zoey has a moral code and truly believes in the system doesn’t mean her offer will be to Rafe’s benefit. She is determined to help Evan because he is her brother. Why would she offer to help Rafe, the person she is battling in court? The only way that her offer would be genuine is if she wanted to keep David away from the evil influence of her supervillain father.

Days Of Our Lives Spoilers: Xander Confesses to Victor, Who Gets Ultimate Revenge For Betrayal https://t.co/GNg0PrZviU #DOOL #DaysOfOurLives

So, what will Rafe end up deciding? Will he take Zoey up on her offer or realize that she might be playing mind games to win a case? We will have to keep watching the NBC soap to see how this storyline develops.