Days Of Our Lives Spoilers: Sarah Begs Rex to Keep Her Secret – But Will He Help Fugitive Ex? 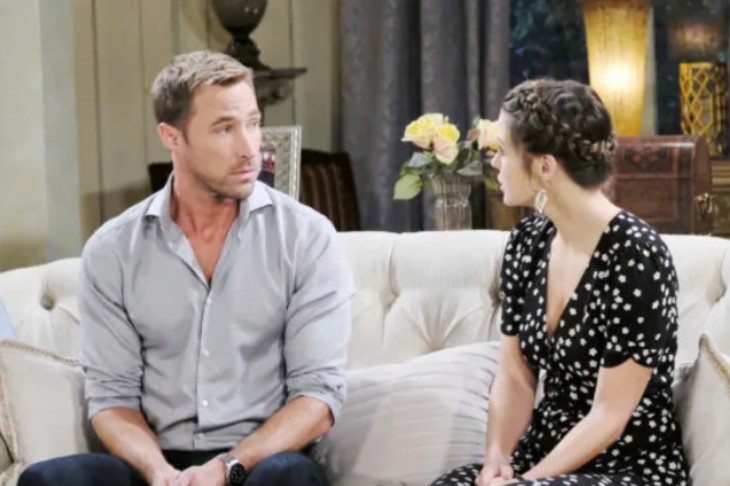 Days of Our Lives spoilers reveal that Rex Brady (Kyle Lowder) will be in Paris and run into a former flame. He catches up with Sarah Horton (Linsey Godfrey), who pretends that Rachel Isabella DiMera Black (the May twins) is her baby. However, Sarah eventually admits the truth and begs Rex to keep her secret. What will he decide to do about the troubling situation?

Daus of Our Lives Spoilers – Sarah Horton’s A Fugitive

DOOL spoilers reveal that Sarah has gone on the run with Rachel and is a fugitive. Although nearly everyone understands her fleeing Salem, they also know that she will eventually get caught. You can only hide with a baby for so long before something happens. The child will need medical care at some point, Sarah will run out of money, or they will be spotted.

It’s only a matter of time before it all comes crashing down on the Salem doctor.

It is teased that Sarah and Rex are both in Paris at the same time, which is quite a coincidence. The two-run into each other and Sarah doesn’t tell him the truth at first. However, she really needs a friend to talk to about everything that has happened.

She makes the decision to confide in Rex, but will she end up regretting it?

Days of Our Lives Spoilers – Confession And Desperation

Days of Our Lives spoilers reveal that after Sarah tells Rex the truth, she begs him to keep her secret. However, Rex gets a huge earful in a short period of time. Sarah fills him in on the baby swap and her running away with Rachel. She also drops the bombshell about Maggie Horton Kiriakis (Suzanne Rogers) killing her own newborn granddaughter.

This is a lot for Rex to take in and now Sarah is asking him to keep his mouth shut.

According to TV Guide, Rex will have a decision to make. Does he assure Sarah that he won’t say a word about seeing her and Rachel in Paris? Or does he betray his former flame and tell the authorities exactly where she’s hiding?

What do you think Rex is going to do after running into Sarah? Will he agree to keep quiet or betray her by calling the police? How much longer can Sarah really be on the run with a baby? Eventually, the two will be found and there could be harsh consequences.

General Hospital Spoilers: Portia Reaches Out To Curtis For Help With Trina