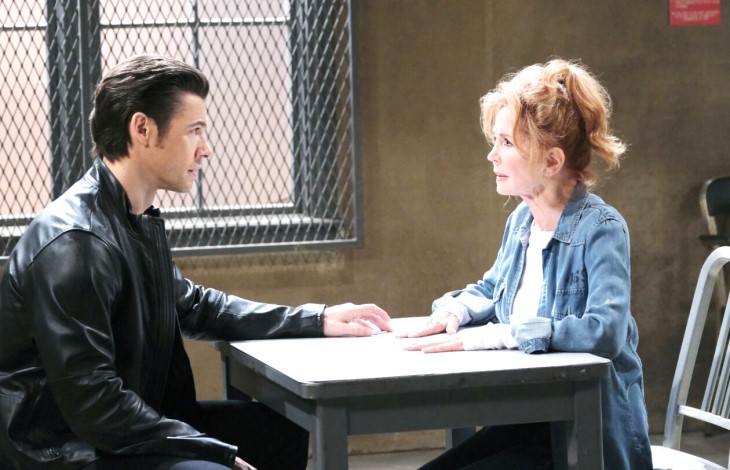 Days of Our Lives spoilers reveal that Maggie Horton Kiriakis (Suzanne Rogers) is in danger. Xander Cook Kiriakis (Paul Telfer) races to the prison to save her. Upon arriving, he revives Maggie and brings her back to life. But what causes Maggie to be in trouble in the first place? Is it a suicide attempt or does someone sinister try to murder the imprisoned Salemite?

Days Of Our Lives Spoilers – Race Against The Clock

DOOL spoilers reveal that during the week of May 18, Xander will somehow find out that Maggie is in danger. He rushes to get to Statesville Prison before it’s too late. Now, we don’t know exactly why Maggie could be in trouble or how Xander finds out. However, there are a few theories about this storyline. 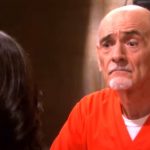 In a previous issue of Soap Opera Digest, head writer Ron Carlivati stated that Maggie will be at her lowest point ever. She figures out that the car crash is the reason why Sarah Horton’s (Linsey Godfrey) baby died the night she was born. At this point in time, Maggie still thinks she is responsible for the accident and Mackenzie “Mickey” Horton’s death.

While some viewers wonder if Maggie will attempt suicide, that seems unlikely based on her characteristics.

Days of Our Lives spoilers reveal that fans are going to find out that Maggie is innocent. Could she remember everything about that fateful night, including who actually is at fault? The killer (or killers) won’t want the truth coming out. Could they actually make an attempt on Maggie’s life in order to keep their deadly secret?

According to Days of Our Lives Past, Present, and Future, Xander will get to the prison just in time. He works to revive Maggie and brings her back to life. In the soap opera universe, this is called a redemption scene.

However, fans will still want to know exactly what happened and who targeted Maggie. It would have to be someone with ties inside the prison, so that rules out Summer Townsend (Marie Wilson), but does point straight to Orpheus (George DelHoyo).

So, besides kidnapping John Black (Drake Hogestyn) and David Ridgeway (Caleb and Kyler Ends), could the supervillain also try to take Maggie’s life? It is teased that Orpheus has big plans and it goes beyond just a custody battle. What kind of Salem mayhem does he have in store for the fictional town and will everyone survive?

Prince Charles And Camilla Thank Everyone At Royal Mail For Their Hard Work, Dedication & More

What happens If The Queen Never Returns To Her Normal Royal Duties?