Days of Our Lives Spoilers: Who is Jake Lambert? He’s The Complete Opposite of Stefan DiMera 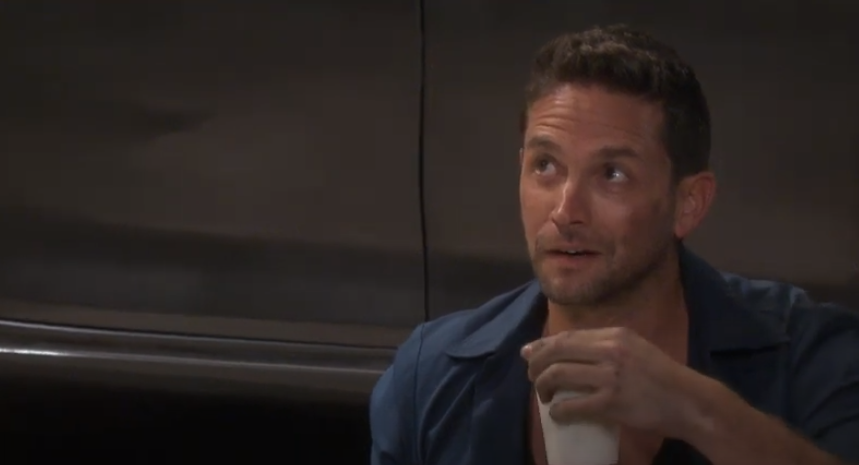 Days of Our Lives spoilers reveal that Brandon Barash has returned, but not as his previous character. He is playing newcomer Jake Lambert, an auto mechanic that ends up hiring Ben Weston (Robert Scott Wilson). The actor discussed his new character and it’s clear that Jake is the complete opposite of Stefan DiMera.

DOOL spoilers reveal that Jake is an auto mechanic and is a bit “rough around the edges.” All he wants is to have a good life. Despite his best intentions, he struggles to achieve his “good life” goal due to some bad decisions. Barash told Soap Opera Digest that Jake is a bit rawer than Stefan, and his heart is in a much better place.

When comparing Stefan and Jake, the two couldn’t be more different. The way they portray themselves to the world, their goals and aspirations, and even their hearts are different. While their personalities are polar opposites, that won’t stop Salemites from doing a double-take when they look at Jake.

Days of Our Lives spoilers reveal that Ben applies for a job at a garage. Jake hires the reformed serial killer, but Ben can’t get over how much his new boss looks like Stefan. He won’t be the only one stunned by the resemblance. Gabi Hernandez (Camila Banus) is blown away by her dead husband’s lookalike.

Jake and Gabi meet and the mechanic’s first impression is that the Latina fashionista is crazy. She tells him that his name is Stefan and up until his “death,” they were married. Fans know that Gabi is just telling Jake the facts, but imagine meeting someone for the first time and having them make this wild claim.

“It knocks her [Gabi] off her feet. While Jake’s reaction to Gabi is, ‘Who the hell are you?’ Just imagine if you came across some random person who was convinced they were married to you six months ago. You’d be like, ‘Get out of here. What are you talking about? You’re a psycho.’ But she’s very persistent…”

Even though Jake thinks Gabi is bonkers, could she actually turn out to be right? What is the real story with Jake? Is he really a mechanic that just happens to look like Stefan? Or is there more to this story?