Days Of Our Lives Spoilers: What’s Next For Xander? Paul Telfer Chats About ‘Good’ Villain 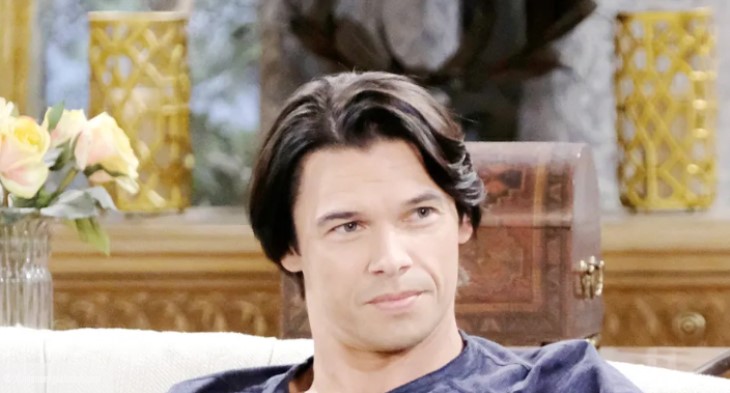 NBC Days of Our Lives spoilers and updates reveal that we have seen an evolution of Xander Cook Kiriakis (Paul Telfer). However, was it all just an act to get Sarah Horton (Linsey Godfrey) to love him? What will happen next with Salem’s bad boy? Will he continue trying to be a good boy or will he revert back to his evil ways? The actor recently discussed what to expect from the “good” villain.

Days Of Our Lives Spoilers – Was Being Good Just An Act?

DOOL spoilers reveal that fans are divided between Xander. Some believe that his love for Sarah encouraged him to be a better man. One that was deserving of her love. However, others will always view Xander as an evil villain who has done unspeakable and horrifying things to the people of Salem.

Speaking to SoapHub, Telfer explained that Xander’s “good” act was not an act at all. He genuinely was trying to be a good man. However, at his core, that’s just not Xander. Being a good guy does not come naturally to him.

As for Xander’s intentions, we know that his primary goal was to win Sarah’s heart and build a life with her. However, that all got flushed down the toilet when the baby swap was discovered. Not only was he responsible for switching newborns, but he kept it from Sarah for an entire year. And that is just the beginning of his bad decisions that left Sarah horrified.

Days of Our Lives spoilers reveal that we are seeing Xander try to do everything possible to win back the woman he loves. It seems that he truly does realize that his actions have consequences. Will it prevent him from brainstorming other schemes in the future? Probably not. But at least he now realizes that his actions are capable of destroying the lives of those he claims to love.

As for what to expect in the future from Xander, it seems that there will be a balancing act. All people have a combination of positive and negative traits. So, for soap characters to be pure angels or totally evil isn’t very believable. The latter also makes it more difficult to redeem a villain, which head writer Ron Carlivati loves to do.

With that being said, Xander won’t be totally evil in the future. However, he also won’t be a noble Salemite. The actor explained,

“The big shift now I think is allowing him to still be himself and not be a goody-two-shoes, still be occasionally villainous, but not be downright psychotic. So, we thread this needle now of not necessarily a good person but also isn’t trying to fake being a good person anymore.”