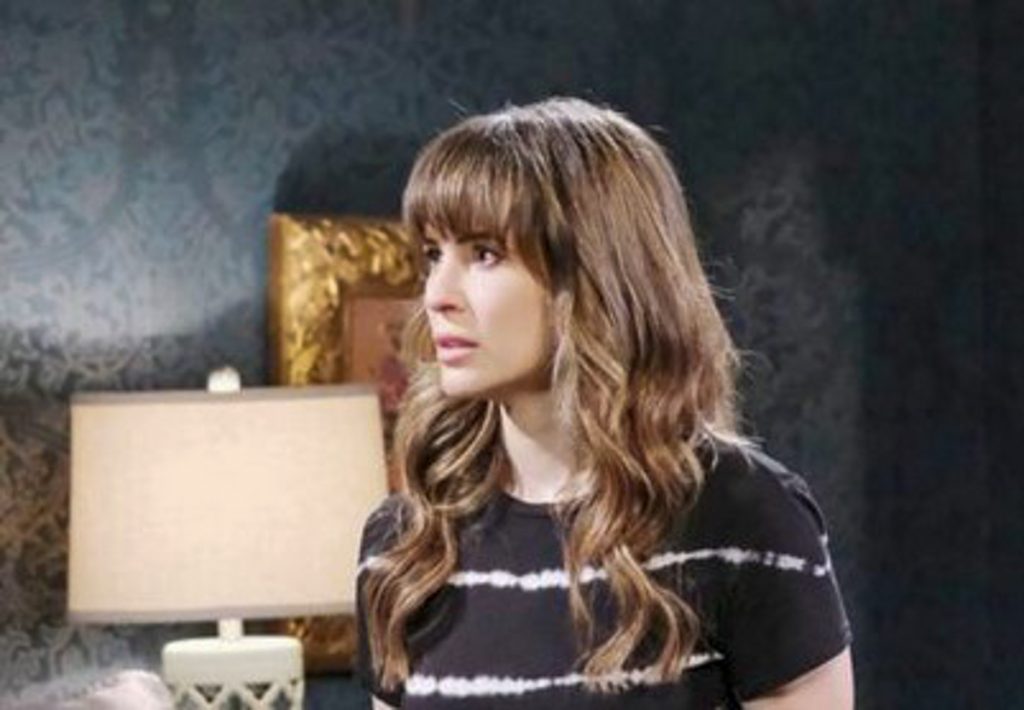 Days of Our Lives spoilers reveal Sarah Horton (Linsey Godfrey) feels multiple emotions over Eric Brady (Greg Vaughan) finding out the truth about Mackenzie “Mickey” Horton (the May twins). She is relieved that there are no more secrets. At the same time, she feels guilty. Recently, the actress explained what is going through Sarah’s mind.

Days of Our Lives Spoilers – Lying to Eric Brady

DOOL spoilers confirm that the paternity secret is finally out. However, it doesn’t erase the fact that Sarah, Xander Cook Kiriakis (Paul Telfer) and Nicole Walker (Arianne Zucker) lied about baby Mickey for over a year. They kept the child’s true paternity a secret from her biological father. Despite Sarah’s excuse, she really didn’t have a good reason for not telling Eric that he was a father.

The secret was almost revealed during the kidnapping, but Sarah still couldn’t bring herself to tell Eric the truth. Finally, when Eric proposed to Nicole, she couldn’t marry him with a huge secret between them. She told him the truth, that Mickey was his daughter.

Days of Our Lives spoilers reveal that even with the truth out there, that doesn’t mean there are no more victims. Xander, a reformed villain, had this little family with Sarah and Mickey. He was there for them throughout the pregnancy. He acted as a father for the first six months of Mickey’s life. Now, Eric wants him nowhere near his little girl, which is ripping out Xander’s heart.

Speaking to Soap Opera Digest, Godfrey was asked how Sarah feels about the situation with Eric and the paternity reveal. She indicated that Sarah feels a lot of things.

“She feels relieved because she didn’t like lying. She feels guilty because she kept Eric away from his child for such a long time. And I think she feels a little heartbroken that this perfect little family that she was building with Xander is now broken.”

What do you think about this storyline? Does Eric have the right to prevent Xander from being near Mickey? Or is he going too far?