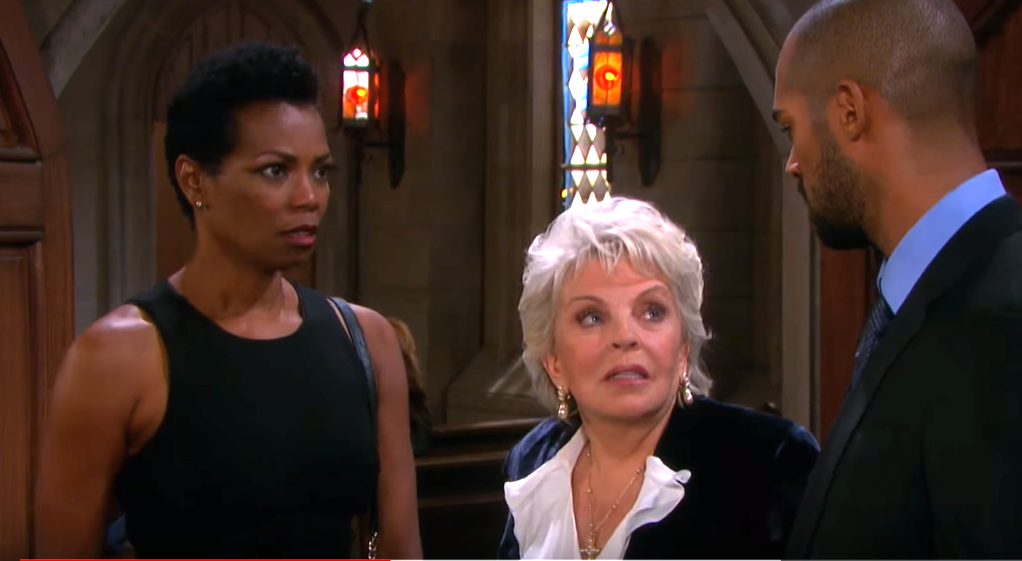 Days of Our Lives spoilers tease that Valerie Grant (Vanessa Williams) and Julie Williams (Susan Seaforth Hayes) will urge Eli Grant (Lamon Archey) to work things out with Lani Price (Sal Stowers) in an upcoming episode of Days of Our Lives!

Eli is still in a bit of shock after what happened at his would-be wedding to Gabi Hernandez DiMera; (Camila Banus) Days of Our Lives viewers will recall that Lani showed up in her nun’s habit, which quickly came off, and brought the wedding to a dead halt by tricking Gabi into incriminating herself by trying to bring Julie’s heart to a dead halt with the app on her cell phone! 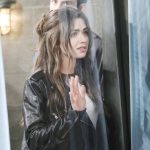 Lani also explained that Gabi had held Julie’s heart hostage when she and Eli were supposed to get married and blackmailed her with the app to dump Eli at the altar and break his heart! Afterward, she did sit down with him and explain further why she did what she did and told him she still loved him and had never stopped loving him, but he told her he needed time to process everything that had happened, and she said she would be there when he was ready.

Eli has had to find who his heart is really with – Gabi moved in on him way too fast after Lani dumped him, and way too fast to be in respect of her late husband Stefan DiMera (Brandon Barash) as well. Days of Our Lives viewers have noticed that just until recently she still wore Stefan’s ring on a chain around her neck, which was disrespectful of Eli, but then he can’t be jealous of a dead man, can he?

Eli figures that they were drawn together in their grief, Gabi being a recent widow and Eli being dumped for no reason he could figure out until Lani returned and explained everything, but they were together a year before they decided to get married – and now, he just doesn’t know what to think or where his heart is! He does know what Gabi is now – thank God – and that he would have made a horrible mistake if the wedding had happened!

Days Of Our Lives Spoilers: Victor Pressures Will Not To Expose Maggie #DOOL #Days #DaysOfOurLives

Julie, outspoken as she is, will tell Eli he was saved from a death sentence by Lani, while Valerie will tell him that she can tell Lani really loves him to be willing to make a spectacle of herself in front of even her own father, Abe Carver (James Reynolds) who had some pretty shocked looks on his face when she showed up, and especially when that nun’s habit came off!

Julie wouldn’t have even been as bold to do that, even if she was younger! Both women can tell that Lani did it out of extreme love and to rescue Eli from an extremely dangerous situation, having put aside her own happiness to save Julie’s life! They will both tell him to give Lani another chance and himself another chance at true love!