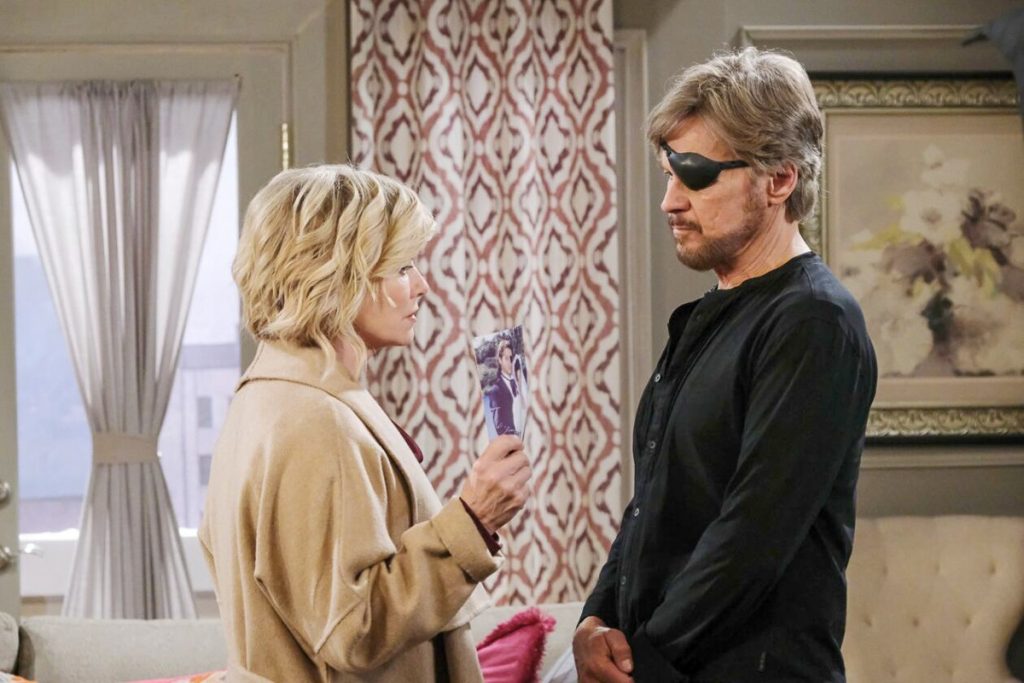 Days of Our Lives spoilers reveal that Steve “Patch” Johnson (Stephen Nichols) will decide to let Kayla Brady (Mary Beth Evans) know how he feels. But just when he is about to open his heart, Justin Kiriakis (Wally Kurth) gets down on one knee. Steve backs off, but don’t expect it to be forever. Could he intercept Justin and Kayla’s July wedding?

DOOL spoilers reveal that when Steve first got back to being himself, he pushed Kayla toward Justin. A lot of viewers were surprised by this, but he loved Kayla so much that he let her go. However, Justin’s increased possessiveness might end up costing him the woman he so desperately wants to keep.

Even though Kayla ultimately chose Justin, it’s only because Steve rejected her. She was torn apart when Justin turned her away. She actually broke down in tears and cried. However, she later realized that Justin was the more stable and logical choice. But Kayla also knows that her heart really belongs to Steve.

Days of Our Lives spoilers reveal that Steve decides to go tell Kayla that he wants her back. Head writer Ron Carlivati told Soap Opera Digest that he goes to profess his love, but stops dead in his tracks. He comes upon Justin down on one knee asking for her hand in marriage. He decides to back off.

“As he goes to tell her, he stops short because he sees Justin down on one knee proposing to Kayla. Steve backs off and Kayla does not learn how he feels… the question is, is Steve going to remain backed off or is he going to say something before Kayla marries Justin?”

It is teased that Steve won’t be able to turn off his feelings for Kayla. Even though he backed off when Justin proposed, what will he do when he finds out the wedding is in July? Will that push him to act now before it’s too late and he loses Kayla forever?

When the wedding day arrives, will he still remain quiet? Or could he bust in those doors and object to Justin and Kayla getting married? If that happens, how will the good doctor respond? To find out, we will have to keep watching the NBC soap opera.