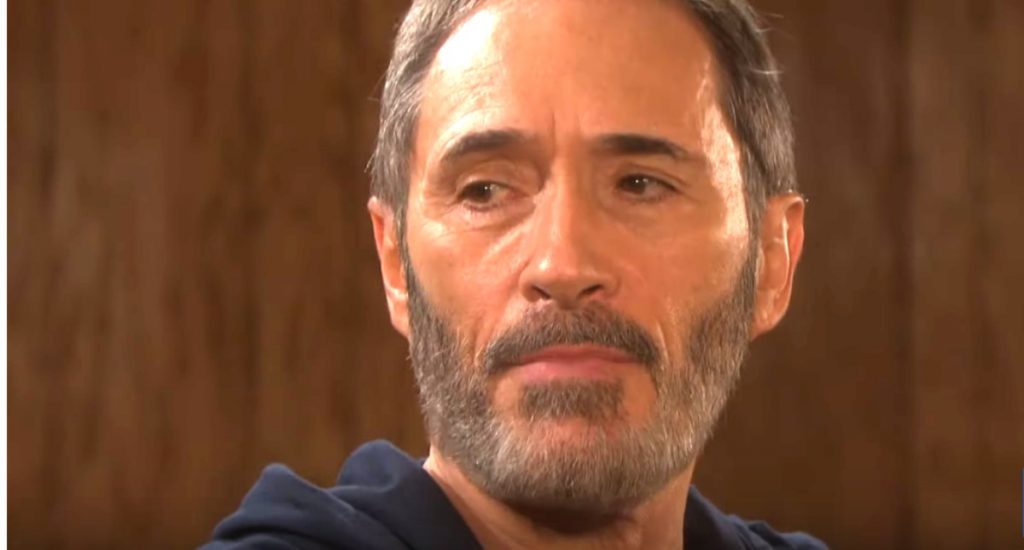 Days of Our Lives spoilers reveal Orpheus (George DelHoyo) is in Salem to help Evan Frears aka Christian Maddox (Brock Kelly) out of his predicament. He is also the one that has been watching David Ridgeway (Caleb and Kyler Ends). DelHoyo recently discussed his character’s return, the interesting family dynamic and what having a family means for the supervillain.

Days of Our Lives Spoilers – Family Adds Dimension To Orpheus

DOOL spoilers confirm Evan is Orpheus’ son. Although they are estranged, each time Evan gets himself into trouble, he calls his father for help. That is because he knows that his father is quite resourceful.

Previously, Orpheus was always a solitary character whose only desire was vengeance. He never had any connections to people he cared about. In the latest issue of Soap Opera Digest, DelHoyo explains that having a son and grandchild adds dimension to Orpheus and one that hasn’t been seen before.

Even though Orpheus always comes when his son calls for help, the two are not close. In fact, Brock Kelly recently stated to the magazine that it is a “very cold” relationship. However, Orpheus wouldn’t bother to rescue his son unless he had some sort of emotional attachment.

Days of Our Lives Spoilers – As for George DelHoyo’s explanation, he would only say that it adds an interesting family dynamic.

“It’s interesting, the dynamic between father and son, and what kind of person he is as a character and the kind of man I am as a character.”

Days of Our Lives spoilers reveal Orpheus won’t just be dealing with Evan and Rafe Hernandez (Galen Gering), This time around, he gets to interact with several Salemites. He has a scene with Stephen Nichols, who portrays Steve “Patch” Johnson and Stefano DiMera. He also crosses paths with Justin Kiriakis (Wally Kurth) and Dr. Kayla Brady (Mary Beth Evans), as well as Dr. Marlena Evans (Deidre Hall).

Days of Our Lives Spoilers: Evan One Step Ahead of Rafe – Battle Continues Until ‘One Of Them Drops’ #DAYS #DOOL #DaysOfOurLives #DaysSpoilers #DOOLSpoilers #Salem #NBCDaytime https://t.co/b6gF8jfa1V

The actor explained that this time, things are different for Orpheus because he isn’t alone. In the beginning, he only worked alone. Then the last time we saw him, he had joined forces with Clyde Weston (James Read) and Xander Cook Kiriakis (Paul Telfer). Now, he has multiple interactions and he even has a family we never knew about.

“It’s very interesting for me to see the evolution of the character.”

What do you think is going to happen with Orpheus in the current storyline? Is Will having a family humanize him a bit? Could we discover that the supervillain is a bit more layered than previously thought?

The Bold and the Beautiful Spoilers: What’s Keeping Katherine Kelly Lang Busy When Not On B&B?