Days of Our Lives Spoilers: Kristen Is On A Rampage – Brady Concerned About Victor’s Safety 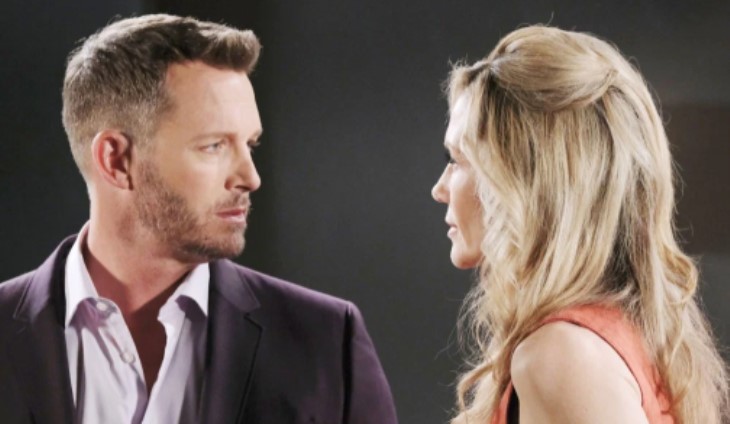 Days of Our Lives spoilers reveal that Kristen DiMera (Stacy Haiduk) comes up with a plan to get revenge. She talks to Brady Black (Eric Martsolf) about it and the idea concerns him. We know the reformed villain stabs Victor Kiriakis (John Aniston), but Brady wouldn’t go along with attempted murder, would he?

DOOL spoilers reveal that Kristen had trouble coping with Rachel Isabella DiMera Black’s (the May twins). After many months of anguish, she finally learned that her baby was switched with Sarah Horton’s (Linsey Godfrey). She finally had a moment of joy, only to have it ripped away again when Sarah kidnapped Rachel.

Adding to her frustration and anger is discovering that Xander Cook Kiriakis (Paul Telfer) and Victor Kiriakis (John Aniston) masterminded the whole thing.

According to a sneak peek picture posted in Soap Opera Digest, Kristen comes up with a plan to get revenge. She feels that her and Brady have been horribly wronged and she wants justice. She ends up telling Brady about her idea.

Days of Our Lives spoilers reveal that after listening to Kristen’s idea, Brady can’t help but be concerned. There is no way that Kristen would tell Brady that she plans on stabbing Victor. So, she must have something else in mind. Besides, Brady would never go along with or allow Kristen to harm another human being, including his own family.

It’s no secret that Brady and Victor’s relationship has always been a bit rocky. But at the end of the day, they are family and Brady takes that very seriously. It seems that Kristen would want to get revenge on both Xander and Victor, so where does Salem’s bad boy fall into this picture?

It is suggested that Kristen’s original plan ends up going wrong, which leads to Victor getting stabbed. Now a Salemite’s life hangs in the balance. Will Brady and Kristen confess that they had a plan for revenge and it ended up going awry? Or will Brady lie to protect the woman he loves? How does he choose between family loyalty and protecting the mother of his child?

What do you think Kristen’s plan is and how does Victor end up getting stabbed? What will Brady do when his grandfather is rushed to the hospital? Will he be forced to choose sides?

The Bold and the Beautiful Spoilers: Steffy and Thomas Commiserate – Forrester Siblings Are Looking For Payback