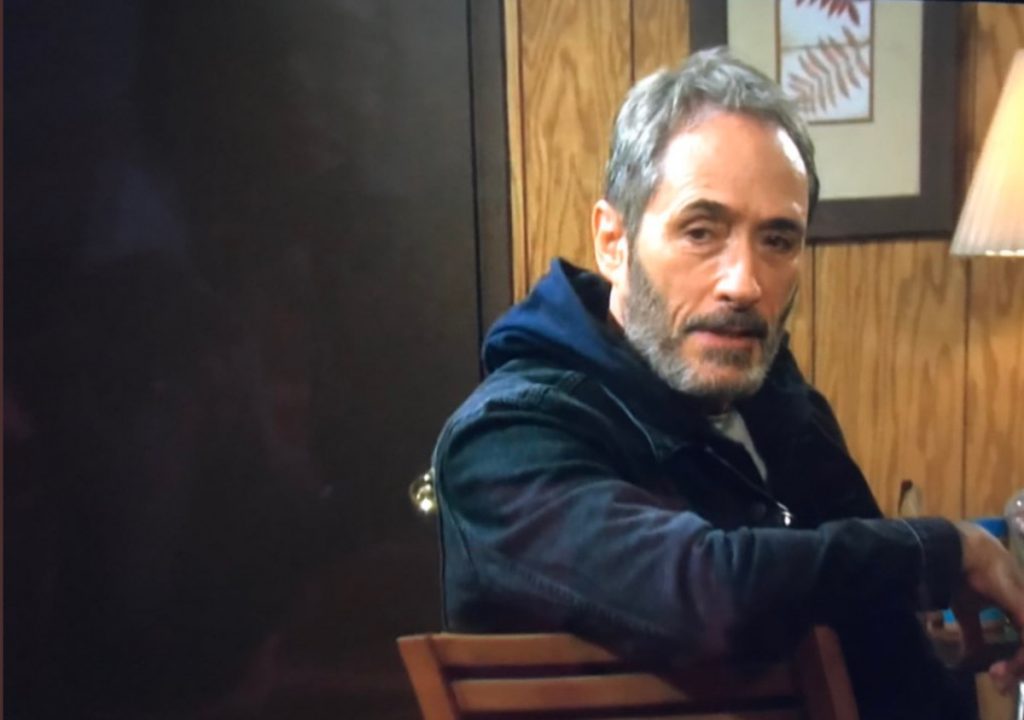 Days of Our Lives spoilers tease that fans will be in for a shocker as it will be revealed that Orpheus (George Del Hoyo) is actually Evan Frears’ (Brock Kelly) father. Evan will meet up with the man who has been taking care of Baby David. Read on for all of the latest spoilers.

Brock Kelly, who plays Evan Frears on the hit NBC soap, says that it’s going to be a powerful moment that fans won’t want to miss.

He tells Soap Opera Digest in a new interview, “When Even enters that motel room and Orpheus makes that slow, sinister turn, I think it’s going to be pretty impactful and shocking to the audience. Evan’s not hugging the guy when he sees him. There’s a lot of tension there because they have been estranged throughout Evan’s childhood and teenage years.”

However, Even still sought his father’s help with David as a last result simply because he knew that he was running out of options. Evan has always turned to his dad because he has been so resourceful. He always calls on his father when he needs something, even though they’ve always had a very difficult relationship.

Days of Our Lives spoilers say that Evan needs his father the most right now because he is out of options. He doesn’t know what to do and feels like a ‘rabid dog in the corner’ and needs his father’s help to figure things out.

Meanwhile, things aren’t looking very good for Ben Weston (Robert Scott Wilson). His girlfriend Ciara Brady (Victoria Konefal) tells him that Evans’ confession to murdering Jordan Ridgeway (Chrishell Stause) has been thrown out but assures him that the conviction will be overturned.

His father Clyde also expresses his relief that Ben’s execution has been averted, but Ben wonders if Clyde had Orpheus send Evan to kill Jordan. Nevertheless, Days of Our Lives fans will have to tune in to find out what will happen next.

Days of Our Lives airs weekdays on the NBC network. Check your local listings for times. And as always, come back right here for all the latest news and updates on all of your favorite daytime television soaps.

General Hospital Spoilers: Wiley Might Be In Safer Hands With Nelle Than Michael

Emmerdale Spoilers: Archie Gets His Revenge But Will It Backfire?