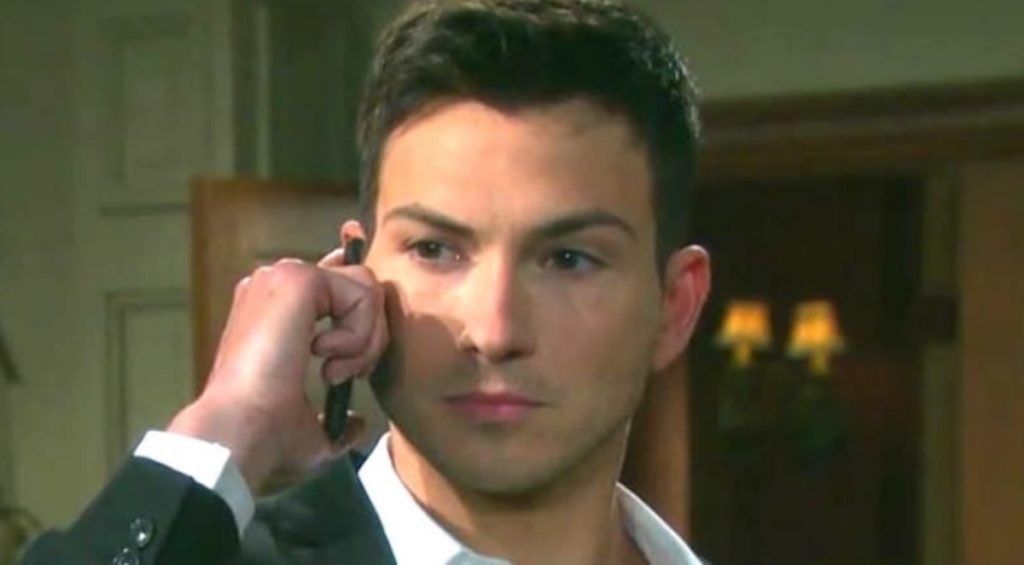 Days of Our Lives spoilers reveal Ben Weston (Robert Scott Wilson) finds out Evan Frears/Christian Maddox’s (Brock Kelly) confession was thrown out. Meanwhile, Rafe Hernandez (Galen Gering) interrogates the fake nanny about his association with Orpheus (George DelHoyo). Plus, will we ever find out where Evan/Christian has hidden his biological son?

Days of Our Lives Spoilers – Killer’s Confession Not Admissible

DOOL spoilers reveal that Ciara Brady (Victoria Konefal) went to extreme measures to try and save Ben from the death penalty. However, as we previously speculated, the confession would be thrown out because it was coerced. That ended up happening, but that doesn’t mean Evan/Christian will get away with murder.

Remember, there is DNA evidence. Due to the DNA being a familial match (meaning that family members have similar, but not exact DNA), a more comprehensive battery of tests will be able to determine who the DNA belongs to. It could be Evan/Christian’s, the child or even another family member, such as grandpa Orpheus.

Ciara will go to the prison and deliver the bad news about Evan/Christian’s confession being thrown out. While Ben might fret about his future, he shouldn’t get too worried. It is already confirmed that in two weeks, he will be released from prison.

Days of Our Lives spoilers reveal that Rafe will see a familiar face in town. It is also confirmed that Evan/Christian will meet with someone unexpected. A photo published in the new issue of Soap Opera Digest shows Evan/Christian and Orpheus holding shot glasses and having a toast. In the caption, it is stated that Orpheus is the fake nanny’s father.

It is suggested that Orpheus probably has a lot to do with the death of Jordan Ridgeway (formerly Chrishell Stause). In fact, it is also possible that the supervillain has David Ridgeway (Caleb Ends and Kyler Ends). If he doesn’t have the child, then he knows who does.

Adding to the already complicated storyline is that Clyde Weston (James Read) confesses to Ben that he is partially responsible for Jordan and Evan/Christian meeting in the first place. What was his purpose in doing so, though? Did he have any idea that the fake nanny would eventually kill Jordan after finding his biological son? Fans will have to keep watching the NBC soap opera to see how this storyline develops.

Days of Our Lives Spoilers: Eric And Nicole Have It Out Once Again