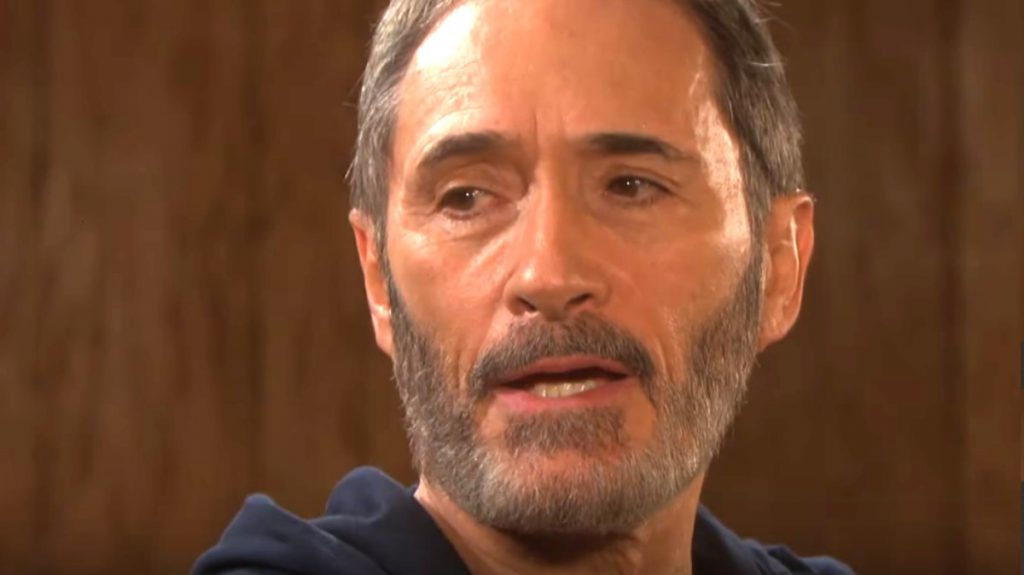 Days of Our Lives spoilers reveal that Orpheus (George DelHoyo) warned his son not to tell anyone about what they’ve done. The villain seemed to be talking about an incident from the past. So, what is their big secret? Could Orpheus and Evan Frears aka Christian Maddox (Brock Kelly) have been involved in the Mother’s Day crash?

DOOL spoilers reveal that after the one-year time jump, there was a multi-car crash that led to fatalities. Adrienne Kiriakis (Judi Evans) didn’t survive the accident, and neither did Sarah Horton’s (Linsey Godfrey) baby.

Due to certain Salemites tampering with the vehicles and evidence, we still don’t have the whole story. Initially, Will Horton (Chandler Massey) confessed and spent a year in prison. Then, it was believed that Maggie Horton Kiriakis’ (Suzanne Rogers) drunk driving led to the accident.

However, fans believe that other people were involved in the horrific crash that night, which eventually will prove Maggie’s innocence.

It is no secret that Orpheus has wanted revenge on the town of Salem for many years. He has a long history with several characters, including John Black (Drake Hogestyn), Dr. Marlena Evans (Deidre Hall0, Steve Johnson (Stephen Nichols), and Dr. Kayla Brady (Mary Beth Evans). He never did get his vengeance. In fact, everyone thought he was dead.

It is likely that Orpheus really isn’t in town just to help Evan. He has unfinished business and a monstrous mission in mind.

Evan Frears Gets a Stern Warning

Days Of Our Lives Spoilers: Is Eric To Blame For Rachel Kidnapping – Too Much Shock For Sarah? https://t.co/EzTbFgkFdq pic.twitter.com/3fxlRj7exh

Days of Our Lives spoilers reveal that during a recent episode, Orpheus eavesdropped on his two children talking. After Zoe Burge (Kelly Thiebaud) left, Orpheus gave his troubled son a stern warning. He told Evan that nobody can ever find out what they did. However, fans have been asking what it is they did?

It is unlikely that it has anything to do with Jordan Ridgeway’s (Chrishell Stause) death. It seems to be much bigger than that and one that would affect the entire town.

It is possible that Orpheus and Evan somehow got involved with the crash on Mother’s Day. It might not have even been intentional. However, lives were lost that day, including a newborn baby.

Victor Kiriakis (John Aniston) is right about Maggie… she would never be able to live with killing her own granddaughter. As a matter of fact, she probably isn’t responsible for the crash. It would be unforgivable and redemption wouldn’t be possible. So, that suggests that someone else had their hand in what played out that fateful night. Now we just need confirmation on who, how the events unfolded, and why it happened.